Originally published at Sultan Knish.
We utilize systems to achieve goals whether it’s defending the country or fighting poverty or making the trains run in time or achieving political change.

Modem systems are systematic creatures that aim to achieve goals by maximizing control over all the subsidiary elements of the problem.

So if you set out to solve poverty, you need control over all the social and economic elements that either cause poverty or could be used to ameliorate poverty. Those elements include the sum amount of national wealth for the purposes of wealth redistribution, the rate of  unwed teen pregnancies and any forms of racial discrimination… and that’s just for starters. Even poverty, which would seem like a rather simple phenomenon becomes a system which takes into account tools like abortion, progressive taxation and discrimination laws.

The scope of each social problem becomes so limitless that all social problems must merge into a Holistic Socialism of piano wire in which every string touched spreads vibrations everywhere. Solving even the most minor problem requires solving all the problems and the only solution is the absolute power of the system.

When the ends are not achieved then the system responds by intensifying the depth and scope of the control. Increasing control is the only solution of the system to failure.

Socialism, like most systems of government derived from it, has enshrined control as an end in and of itself.

As O’Brien said in 1984, the purpose of power is power. And control is just another word for power.

Systems may be formed to achieve moral ends but they are no more moral in and of themselves than a hammer. The longer a system exists, the more it comes to exist for itself and its power becomes its own end.

It insists that its ends are moral, but as they are not achieved, the true end of control is revealed.

Socialism begins with control to achieve social ends only for control to become the end. And that leads to the end of freedom.

An institution vested with power becomes an institution of power.  The response of the left to this inevitable fact of human history is to insist that granting unlimited power to their institutions will have different results because their purposes are moral. But moral purposes can only be vested in people, not institutions. Ideology can take control of institutions but once control is achieved then the ideology comes to exist for the sake of the institution. That is how the grand ambitions of the left died in China and Russia. That is how it may die in Europe and America.

As a system becomes its own purpose, it uses the purposes of others as camouflage. It promises to solve problems that it has no intention of solving as means of extracting resources from those who want the problem solved.

Initially the system may be run by those who do want to solve the problem and see the system as the only way to do so but as the system grows and spreads their motives become mixed.

Bureaucracy is the essence of the system and exists to keep track of and implement its many rules. The rules are the tools of control and their purpose is to make the unpredictable into the predictable.

The rules start life as the means but as with all means of tyranny they become the ends by which the bureaucracy exercises its power.

So for example an environmental initiative may be intended to lessen pollution levels on the surface but also rewards environmental groups and consultancies whose lobbying enhances the power and funding of the EPA. On a third level, the EPA now uses the initiative to expand the scope of its authority and request more funding to hire more people in the D.C. pecking order between government agencies. On a fourth level, this influences the pecking order within the organization.

The EPA is an environmental organization but it’s an organization and in the long run when the institutional long marches have been completed, it is the organizational part that will matter more,

The left provides tyranny with the social motive to come into being, but in the long run the left Is only the midwife of tyranny. Its ideology and activists dismantle democracies and burgeoning democracies and replace them with tyrannies.

Whether it’s Islam or a conventional oligarchy or a cult of personality tyrant, the left’s role is to act as the virus that kills the host and then allows it to be fed on by predators in the hopes of infecting them in turn.

Seems When it Comes to Israel, Carter Can’t Control Himself

The Abuse of Halacha: Keeping Halacha Under Control 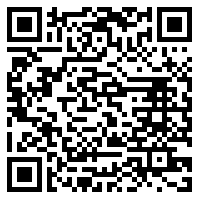