What are we celebrating on Passover and what are the lessons to be learned?


This D’var Torah has been edited from the original video for conciseness.

The Jews had been stuck in Egypt for 210 years, and the Egyptians were committing genocide against us. Pharaoh was throwing Jewish babies into the Nile. First he started with the Jewish boys, because Pharaoh saw in the stars that a Jewish boy would save the Jews, but eventually he started killing all the Jewish children.

We’re enslaved for 210 years. Imagine that feeling of hopelessness!

210 years without any freedoms. We can’t move, we can’t eat, we can’t drink, we’re constantly working for the Egyptians and if we don’t produce what we’re supposed to, if we don’t finish the work, we’re whipped and beaten.

The nation of Israel was at its whit’s end. There was no hope.

And then comes along this man who was born during this time of bondage and slavery.

As an example as to how hopeless the Jews felt, this man’s parents did not even want to have children. They said to one another, why should we have children? We’re slaves, our children will have no future.

But eventually, they did have children.  As we know, Moshe and Aaron were born.

Moshe ends up raised in Pharaoh’s house, by Batya, the daughter of Pharaoh, who had saved Moshe from the Nile river. Moshe was raised on Egyptian ideology, Egyptian philosophy, speaking the Egyptian language.

He wasn’t connected to his Jewish brothers and sisters. He experienced none of their pain, no bondage, no slavery. Moshe was brought up privileged.

Yet, the moment Moshe goes out to the people, his people, the Jewish people whom he had no connection with, he sees the pain of his people and he strikes down an Egyptian who was beating a Jew. Moshe kills him and has to flee and hide in another country. Pharaoh now wants to kill him.

Eventually Moshe comes back and he tells the nation of Israel that he’s going to take us out of Egypt.

Of course the nation doesn’t believe him. Who would?

After 210 years of slavery in the most powerful country in the world, here is this man who was brought up in Pharaoh’s house and seems to be part of the problem – and he’s promising to take us out of Egypt with a miracle of God!?

Imagine this. After 210 years of slavery, the Jews are saying, where is God as our children are being thrown into the Nile?

The questions must have been tremendous.

Where was God? Why is he allowing this to happen to us? Our children are being murdered. Genocide. Families destroyed.

And remember, we’re talking about the generations right after Avraham, Yitzchak and Yaacov.

At this point, the questions were being asked without any belief or expectation of receiving an answer.

And suddenly Moshe says he’s going to take us out of this! Why would they believe him? There’s no reason for them to believe him.

Of course, at the end of the day, we did get out of Egypt.

In the first Passover celebration right before we left Egypt, we were given two Mitzvot, two commandments we had to take on.

The first was to take a sheep and slaughter that sheep.  The sheep was one of the gods of Egypt. We’re taking the god of our masters and slaughtering it in front of them.

And then, second, we had to put the blood of the sheep on the posts of the doors of our homes.

The word Passover comes from that, that God passed over the Jewish houses and didn’t kill the people inside. It’s actually a mistranslation. Pesach or Pasach means more like He had pity on the Jews.

Yet somehow, these are the two main commandments we received, in which God basically says, it is on the merit of keeping these two commandments, these two responsibilities, that He’ll take us out of Egypt.

There’s a major concept here that ties this all these things together.

That’s a tremendous amount of obligations and responsibility. How can we call that freedom?

What would I rather do on a Saturday with my freedom? I’d drive to the beach, drink some beer, have a good time.

What would I rather do with my life if I had total freedom? I wouldn’t go to work. Why would I go to work? Why waste time? Have fun, you only live once.

People tend to mix up the concept of freedom with being carefree.

When we say that we were freed from bondage, it doesn’t mean we can now go do what we want, that we can go waste our life away.

The freedom that we received getting out of Egypt, was the freedom to do what we were supposed to be doing.

When we have children, we want our children to be happy and free, yet we still send them to school, we force them to do things they don’t want to do, because there is a certain value in life, that it’s not just about being carefree, going out and not thinking about anything else going on in the world.

When the Jews get out of Egypt, we were freed from bondage and slavery, but it doesn’t mean we can just do anything with our lives. Rather, we have to adopt something important to our life, and live life according to how God wants us to live our lives.

Through tragedy we can certainly see this.

When anyone loses someone dear to them, the first reaction is anger – How can you do this to me? How can God take this person away from me? How could this happen? Where was God in the Holocaust? Where was God here. Where is God there? These are all tough and good questions and there are no answers for them.

But the issue is, what do we do from that point on?

Do we give up? Or do we decide that we have to live our lives with value?

Those who have relatives who were killed in the Holocaust – there are a lot of questions. But we’re here. We survived. What now? What now?

Should we just be angry and say I don’t care about anything anymore? Do we give up and that’s it? Or do we live life with value the way our ancestors would have lived. They died for being Jewish. Do we strengthen that Judaism or do we give up on it?

I certainly am not giving up on it. I’m certainly strengthening it.

My son just came back from Poland, which is a tremendously difficult trip, and he came back extremely turbo-boosted and strengthened from that trip – which is a strange thing.

He said to me, “We saw what happened to our people. My response now is to say strong.”

So, when we say free, it doesn’t mean waste your life away with things that don’t matter. We say free to live your life for what is important and relevant.

I have a little story, around 15 years ago my family took a trip to Africa. Beautiful, beautiful trip to Kenya and Mombasa. We saw the Maasai warriors. They’re living their lives in a way they think they’re happy. We brought pencils and other stuff to them, and they were like OMG, pencils. They were ecstatic about them.

What we learn from the exodus from Egypt is very, very important, and I think the following is the lesson.

When we’re being held back, it means we don’t reach our potential.

Imagine if I had brought iPhones to those people in Kenya, who had never seen an iPhone, to play with. They would look at it and say what’s this? Not even knowing how to turn it on, if I left it with them, they might choose to play catch with it and break it.

They would even believe they’re having fun with the iPhone by playing catch with it, yet they aren’t even approaching the potential of the machine.

The fact that they are having some sort of fun is very nice, but they have completely wasted the potential of this machine.

And if that’s true for a phone, that’s certainly true for our lives.

Being given freedom to live up to your potential is a tremendous gift.

If you waste that gift, then you’ve wasted your freedom.

One way, we can all know what is important, is to think about what you want your children, grandchildren and great grandchildren to remember you for.

Is it your job? Is it your cars? How big your house is? Is it how much money you had?

Of course, I wish everyone to be wealthy and everything else, but that’s not priority, that’s not where the importance is. That’s not why we’re living. We don’t take money to the grave.

So, what’s really important in life? That’s the whole purpose of the holiday of Passover.

On the holiday of Passover, we were set free, but we don’t want to forget the past. So we eat this poor man’s bread, this unleavened bread, which tastes like cardboard. Some people like it, I personally don’t. It’s not good. We eat bitter herbs tonight during the Seder. We go through the theatrics of going through the whole exodus again.

So the question is why? Why do we have to go back to the pain again? Why don’t we just start with happiness?

And the answer is very simple. Unless you remember the pain, your appreciation levels are not as strong. If you remember where we came from and where we got to, then you can really appreciate it.

As someone living in Israel today, I just got back from IDF training, literally yesterday. It’s extremely difficult, emotionally, physically, everything else. It was right before Passover. I was there for my birthday, my wife’s birthday. It wasn’t easy at all.

Of course, it wasn’t easy.

Chag Sameach from the beautiful city of Jerusalem, Israel. 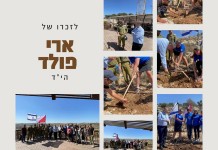 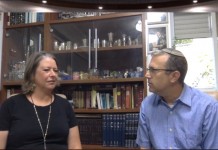 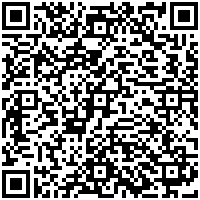