He was one of the finest teachers that I studied with in college – a genius as an educator and a sincere and compassionate human being. He is the person that I chose to personify the quintessential scribe personality of prayer in my book “God’s Favorite Prayers (p. 71 ff).”

Shema — n 1. the central statement of Jewish belief, the sentence “Hear, O Israel: the Lord is your God; the Lord is One” (Deuteronomy 6:4) 2. the section of the liturgy consisting of this and related biblical passages, Deuteronomy 6:4-9 and 11:13-21 and Numbers 15:37-41, recited in the morning and evening prayers and on retiring at night [Hebrew, literally: hear]

That is how Rav Aharon taught me that an exam could do more than ask a student to regurgitate what he had learned. The rabbi tested my knowledge and my thinking powers at the same time, and was the only teacher that I ever had who truly knew details of my personal styles of learning and of my own intellectual strengths and weaknesses. I happily confess that I used elements of Rav Aharon’s methodology of thought-questions and text-questions in many of the Talmud and Jewish Studies courses that I taught over the years at the University of Minnesota, the Jewish Theological Seminary and elsewhere.

After I went on to become a professor, I would take extended leaves to work on my research in Jerusalem, Israel. My father owns a Katamon-neighborhood apartment that he inherited from his parents, who moved to Israel in the 1950s from New York City. That is where I lived while in Jerusalem. In the mornings, I frequently would go to the shacharit morning services at the Shtiblach nearby. The Shtiblach was a veritable prayer mall, a busy set of connected, one-room prayer-halls in a single, modest neighborhood building. There, I would often see the saintly Rav Aharon at one of the services, sitting near him and thereby joining him de facto at prayer. That would lift my spirits for the day. Because Rav Aharon embodies the ideals of the scribe archetype, I use his name to refer now to that remarkable model of prayer that I met during my spiritual quests in search of perfect prayer….

My Encounter with Rav Lichtenstein 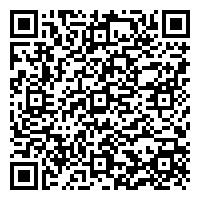