Some 25 years ago I decided I wanted to go to Israel and debated over which Yeshiva I would attend.

The “Gush”, Yeshiva Har Etzion, Rav Aharon Lichtenstein’s yeshiva in Israel, was one of the options on my very short list.


I applied, and was invited to come down to Yeshiva University for an interview with Rav Lichtenstein.

I spent weeks preparing for that interview. I picked out an interesting piece of Gemorah, and learned it backwards and forwards.

I walked confidently into Rav Soloveitchik’s apartment in YU where Rav Lichtenstein was holding interviews with prospective students, and we began to learn. He asked questions and I answered them. I defended my positions. Very straightforward.

And then I don’t know what happened.

He raised a question from a different Gemorah related to this particular sugiyah. A Gemorah I had also studied in preparation for this interview.

I don’t recall it even being a complex question. But his question came from a perspective I hadn’t considered, and it turned everything upside down. Suddenly we had to take everything I learned apart, and we started again from a completely different angle.

I walked into that interview thinking I knew that Gemorah like the back of my hand, and by the middle of this experience, I realized I knew almost nothing, including how to learn.

What was supposed to have been a 15 minute interview, turned into an intense, more than hour-long learning session and intellectual battle, the likes of which I had never experienced in my entire life.

I walked out of the apartment as white as a sheet, and covered in sweat from the energy I expended in the intellectual battle I just fought and lost with Rav Lichtenstein, realizing that my weeks of learning, where I thought I knew the Gemorah inside and out, had barely scraped the surface of the depths of what learning truly was.

The students who were waiting patiently outside for for their turn, took one look at me and were afraid to go in next for their interviews.

While it had been intellectually satisfying, I was sure I hadn’t been accepted to the Gush after displaying how embarrassing little I had managed to actually learn in the few weeks ahead of the interview, compared to what we had accomplished in such a short time.

But to my surprise I was accepted.

Ultimately, I chose a different path to Israel, but that encounter — learning with Rav Lichtenstein — was the yardstick by which I measured the quality of my learning from that point forward. 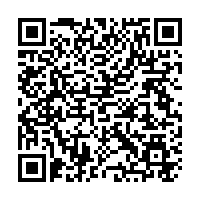