Yishai is joined in-studio by Arab affairs analyst Bassem Eid to talk about the Temple Mount, the Holocaust and the Arab concern for dignity over identity. Why do young, seemingly irreligious Arabs, ascend the Temple Mount on Fridays? What is drawing them to the prayers and the anti-Israel firebrand speeches?

Then, Yishai is joined in-studio by David Bederman, coach to successful CEOs and entrepreneurs, to talk about Israeli independence. He says that Israel does not have a PR problem, but rather an identity crisis. If the people of Israel don’t know who they are, he asserts, they will constantly need the validation of other nations and never be truly independent.

Finally, Yishai is joined in-studio by Jerusalem Post editorial page editor Matthew Wagner to discuss the question of the peculiar phenomenon of the Left being in a global coalition with Islamic fundamentalists? How is it that in Europe there are those who will fight for Palestinian rights, but not for Jewish ones? 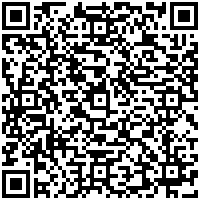