With the sale of one of the world’s major repositories of news photographs recently, it has suddenly gotten a lot harder (we discovered just today) to locate many archived images of news events from the recent past.


This is relevant to us. We are passionate about wanting people to be aware of some of the less-well-publicized aspects of terrorism and what it means when it’s done to you.

Three news photos were published in October 2011 that recorded an event connected indirectly to our lives but basically unknown to almost anyone else.

The chief engineer of our daughter’s murder, sentenced a few years before to sixteen terms of life imprisonment, was set free by Israel in October 2011. A day later, she arrived in another country where most of her family had lived since before she was born (and still lives) and where she herself was born. There she was greeted with pomp, ceremony and emotion at an official reception in the Family Court of that country, located in its capital city.

People who know the Middle East and the ins and outs of terrorism probably don’t know any of this, and perhaps don’t care. The photos recording the reception in the court building may be the only evidence that it happened. And with the sale to a Chinese firm of the photo archive that housed them, that evidence is now hard to find.

Before we go into the background, we have just posted those pictures at the foot of this article. We have mentioned them numerous times in this blog. We want them to be seen. People need to appreciate the painful and damaging double-talk that is part of the global conversation about terrorism.

Our daughter Malki, aged just 15, was murdered in a horrifyingly effective terrorist attack done by Hamas on a pizzeria in the center of Jerusalem on August 9, 2001. The attack’s chief engineer was a woman of 21. Arrested and then convicted, an Israeli court sentenced her to spend several lifetimes behind bars. But she boasted openly of the killings, admitting everything, gloating at the death toll, and asserting that she would soon be free.

Her words were prophetic. Today she lives a charmed life of total freedom in a city located no more than 90 minutes drive from us, in a country which has relatively good diplomatic relations with the United States and virtually all of Europe. It has relations, not so warm but nonetheless proper and ongoing, with Israel.

That country is Jordan.

Jordan says it is opposed to terrorism and to terrorists. As we noted here just three months ago, the State Department of the United States agrees – vigorously. In its annual survey of the war against terror, State singles out Jordan for unique and special praise. The most recent “Country Reports on Terrorism” annual survey, published in Washington in June 2015, says this of the Hashemite Kingdom:

Jordan remained a key ally and a model partner in combating terrorism and extremist ideology… Jordan demonstrated regional leadership in the fight against ISIL… and participated fully on the diplomatic, political, financial, and military fronts… Jordanian prisons have a religiously based de-radicalization program that seeks to re-engage violent extremist inmates into the non-violent mainstream of their faith.

We don’t make foreign policy, and have different priorities. As a result, we can’t exactly understand the State Department’s enthusiasm for its Jordanian key ally and model partner. And frankly, we’re appalled [see “18-Feb-15: Countering Vacuous Euphemisms“] by the vague and cloudy view the State Department’s people have of terrorism. Perhaps it’s because we feel more personally invested in the issues than the official State spokespeople do. Our post (“14-Sep-13: Memo to Secretary of State Kerry: Your staff need some urgent guidance“) tries to convey a sense of how and why that is.

So how opposed is Jordan to terror?

Sometimes – not always – the kingdom looks like a state that has a tough and uncompromising view of terror and its practitioners. In a blog post a year ago (“04-Feb-15: The stunningly different fates of two terrorists in Jordan and what they reveal about how the war against terror is going“) we took a look at how that works.

Jordan hanged a female terrorist that week. and we wrote this at the time:

Regular readers of this blog know about another Jordanian female, an ex-prisoner, also a terrorist, with a different fate: Ahlam al-Tamimi. Unlike Mrs al-Rishawi who was hanged today, Mrs al-Tamimi is a Jordanian, born, bred, educated and (following an 11 year-period spent outside Jordan) now living with her husband/cousin, in Jordan.
Tamimi has never spent time in any Jordanian prison, and never will. Quite the opposite: she was honored with a reception in Jordan’s Family Court in October 2011 when she returned home… She has her own weekly television program… recorded in Jordan by her friends and employers in the Hamas terror organization and beamed throughout the world on the Al-Quds TV Network. And she is free to travel throughout the Arab world which it seems she does often, giving lectures and being an honoured guest…
Tamimi has over and again confessed [via this video interview, among numerous other instances] freely, proudly and happily to the massacre at Jerusalem’s Sbarro pizzeria in 2001 for the engineering of which she was convicted. She was sentenced to 16 life terms in prison with a judicial recommendation that she live the rest of her life behind bars with no possibility of a commutation of sentence.
That is not how it worked out. She was one of 1,027 terrorists set free in the extortion-driven 2011 Gilad Shalit Israel/Hamas transaction, despite a campaign we personally waged for years. We urged our government to stand firm, to not give in, to keep this particular sociopath behind bars so that justice could be done… Today she is a globally-influential instigator of jihadist terror – an icon of hatred.
What Jordan – a sovereign state at least half of whose population defines itself as Palestinian Arab, and ruled by a dynastic family from Saudi Arabia – ought to do with its terrorists is emphatically not our concern. Jordan’s laws that purportedly outlaw terrorism… don’t get the critical attention in the West that they richly deserve.

Frankly there’s a lot about Jordan that doesn’t get scrutinized and should.

We wish there was wider awareness of the congenial environment Jordan has given the woman who masterminded the murder of our daughter since 2011, allowing her to operate unhindered from within its borders; to speak as an honored guest at its universities, its professional guilds, its law courts and other venues; and to record her weekly television program in its capital city from where it’s beamed to millions of viewers throughout the global, Arabic-speaking world.

She is a genuine pan-Arab celebrity. The first female to join the ranks of Hamas terrorists, and an eloquent figure who advocates energetically from Jordan for more violence, more murder and more jihad – all of it directed at Jewish and Israeli targets. Inciting via television and a range of social media platforms (Twitter, Facebook, YouTube) and well-publicized personal appearances, she is a widely-recognized, very public face of the savage Islamist bigotry of Hamas.

Truly, people ought to know more about her.

A person wanting to understand how the war against the jihadists is going might now be asking these questions: 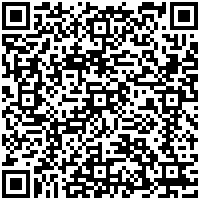