The voice of Amos Gilad is generally a well-respected one in this part of the world. He is a major-general in the IDF reserves and at an earlier time was the IDF’s Spokesperson. For years he was the Coordinator of Government Activities in the Territories (COGAT). Today he heads the Political, Military and Policy Bureau at the Ministry of Defence.

He delivered a major speech this past Monday at the World Summit of the International Institute for Counter-Terrorism in Herzliya, Israel, which ended yesterday. Some highlights:

* The fact that Israel is not facing a conventional military threat is a massive improvement over this country’s historical security situation. But…

* Hezbollah has between 60,000 and 70,000 rockets  of various types aimed at Israel. Its arsenal is far more robust than the one it had prior to the Second Lebanon War. “The next war will be aimed against the home front,” he is quoted saying [source].

* The Golan Heights remains the quietest region in the entire Middle East. From Israel’s strategic standpoint, this is good news – at least for now. (Gilad has previously summed up the tragic Syrian situation this way: “Assad is an Alawite, and he is slaughtering his opponents. He will continue until he is defeated.” Few Israeli leaders have had any illusions about the Assad strategy since the darkest days of his father’s blood-soaked rule.)

* The (inevitable and approaching) fall of Assad will allow al-Qaida to open a new terror front against Israel, and there are signs now that it is “starting to rear its head”.

* In Egypt, though there are many terrorist groups actively seeking to attack Israel from the Sinai, new Egyptian president Morsy and his entourage remain “committed to peace”.

* Gaza: The situation is “relatively restrained”.

That number he quotes – 70,000 rockets – would be worrying all by itself. But it’s more disturbing still when you compare it with what Gilad himself said in an interview he gave to the Kuwaiti newspaper Al-Rai, reproduced in Yediot Aharonot/Ynet, just seven months ago. In that February 2012 piece, Gilad says Hezbollah has accumulated 45,000 missiles that pose a threat to Israel. These came from Iran and Syria via ships, planes and trains. Lebanon’s political leadership is out of the loop and unaware; the result is a vacuum he calls “Hezbollastan”.

In case those facts slipped past you: one of Israel’s highest placed defense officials says, with zero fanfare and no drums, that a sworn enemy of this country, whose forces are arrayed right across the length of Israel’s northern border, has increased its offensive attack capabilities to such an extent that, in a period of seven months, it has expanded its already huge arsenal of rockets by a further 56%.

He also told the Kuwaitis that the Tehran regime intends to use its nuclear strategy not only against Israel but also against the Arab regimes and the Gulf nations.

The more informed among the Kuwaiti readership probably knew this already. In an analytic paper called “Updating Israel’s Security Policy” [online here] published in May 2012, Gilad reviewed the Iranian strategy and how it is perceived here in the neighborhood. Some highlights:

* “Hizbullah has taken over half of Lebanon. Hizbullahstan is much more powerful militarily, or even politically, than Lebanon itself, heavily financed by Iran and Syria. They have at least 45,000 rockets, compared with 14,000 in 2006 at the time of the Second Lebanon War. There is also Iranian terror all over the world, with Iranians whose base is in Lebanon.”

* “I cannot imagine Saudi Arabia, Egypt, or any of the other Arab countries tolerating a nuclear Iran. There is an Arabic word, “ajami,” which expresses disgust of the Persians. If you ask any Arab leader about the greatest threat, he will say Iran – not Israel – but not publicly.”

* “The terrorists in Sinai are financed by Iran [he wrote this some months before the recent murderous attacks in Sinai] and they want to murder as many Israelis as they can.”

* “The Iranians and the Turks have a 1,000-year-old tradition of rivalry. I cannot believe that the Turks believe there is room for friendship with Iran. If Iran goes nuclear, the Turks will be very upset.”

* “Israel’s identification of the Iranian nuclear threat was a great intelligence achievement. We identified the threat of a nuclear Iran in the mid-1990s, when Iran did not have a single missile that could reach Israel. Iran’s capabilities for developing nuclear weapons are no longer a question. They only have to make the decision. They have 5.5 tons of low-enriched uranium. They have hundreds of Shahab-3 missiles which can travel 1,500 km., and they have missiles with a range of 2,200 km. Their ambition is to become the regional superpower. They have the know-how to assemble nuclear warheads on missiles if they want to. They have not yet crossed the Rubicon.”

* Khamenei, who is the leader, not Ahmadinejad, relies on the brutal force of the Revolutionary Guard. Whenever he finds it appropriate, he is determined to develop the option to decide to develop nuclear weapons. He has not done so yet because he is shocked by the magnitude of exposure of these secret projects.”

* “Two years ago at the United Nations, the president of the United States exposed the existence of a top-secret project near Qom, and the Iranians were shocked. For a long time the world did not recognize the nature of this threat, but now there is a consensus among the world’s intelligence agencies: Iran is a threat. There is no current existential threat to Israel, but a nuclear Iran has the potential of creating such a threat when they get the bomb.”

* “Both Turkey and Iran used to be our best friends. We are doing our best to ease the tension between us and Turkey, but it is quite a challenge to digest and understand the changes that have occurred in Turkey. We do not like the way Turkey is cooperating with Iran from time to time, but the Iranians and the Turks have a 1,000-year-old tradition of rivalry. I cannot believe that the Turks believe there is room for friendship with Iran.”

* “If Ahmadinejad and Khamenei keep saying that Israel does not have the right to exist, then with nuclear capability it becomes serious. Without nuclear weapons, it remains just a statement. Iran without nuclear capability is a terrible threat but not an existential one. At the moment, they are using terror and we are suffering from it. The main issue today is how to prevent a nuclear Iran.” 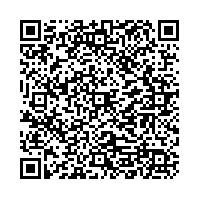