It’s a news story that directly affects just one man, but the implications of what is being done to Prof. Cyril Karabus are horrific, and of particular note to air travelers planning to fly Qantas at some future time. (The background is in two blog posts of ours: Dubai, Dubai, Dubai and Back to Dubai: Australian travelers might want to factor this report into their plans).

The short summary: A distinguished professor of medicine aged 78, with a lifetime of service to the community in his native South Africa, passed through Dubai airport in the UAE on August 18, en route back home following his son’s wedding in Canada. In Dubai, he was arrested and notified that he was convicted a decade earlier on charges arising from the death of a three year old child he had treated for terminal cancer. No notification had ever been given to the doctor at the time of the child’s death or since then up until his fateful transit visit to Dubai. Lawyers were retained, and the doctor formally denied any involvement in what was described as the killing of the young leukemia patient. The prosecution was unable FOUR times to produce the files on the basis of which the elderly doctor was convicted, and so four times his application for bail could not proceed. Meanwhile he remained incarcerated in an appalling prison.


The Guardian wrote on October 3, 2012 that he is an “old, frail and very sickly man” according to his lawyer, Michael Bagraim.

He has no travel documents or any means of escaping or jumping bail. There doesn’t seem to be any heart in what is taking place. “My reports from people who were in the court were that the man appears to be broken. He was hunched. He was shackled. He is almost 78 and he has a pacemaker and a stent because of problems with his heart.

Now to the update. The report below comes from one of the UAE’s English language newspapers, the Khaleej Times:

The Abu Dhabi Criminal Court issued a primary ruling on Thursday assigning the UAE’s Higher Committee for Medical Liability to give its expert opinion on the charges addressed to the South African doctor, Cyril Karabus.

The doctor has been accused of committing a medical error that led to the death of a girl and of falsifying a prescription to hide his mistake earlier in 2002 while he was in the UAE as a visiting doctor.

The court explained in its ruling that the case is not ready for adjudication as it calls for technical opinion to resolve and clarify some of the issues and the points raised, and therefore decided to assign the Higher Committee for Medical Liability to give its opinion whether or not the accused committed a medical error while the victim was receiving treatment under his supervision.

The court also asked the committee to give its opinion whether the error, provided it is established, was the direct cause of the death or there were other reasons which hastened the child’s death.

At a hearing, the court also decided to release him on bail on security of his passport or the passport of a guarantor plus a bail amount of Dh100,000… the value of the blood-money the court may order him to pay if found guilty.

The court also scheduled the next hearing for November 20 when the claimant of the civil damages will appear along with his attorney.

We understand that the Karabus family was having a hard time raising the bail/”blood” money, which equates to US$54,000. The Guardian quoted Prof. Karabus’ lawyer saying “During the apartheid system, he concentrated on helping children of colour, so much so that he is an impoverished man himself today…” [source].

As we said here last week, there is not much we ordinary people can do to express our fury in the face of outrageous injustice by people with power. Signing a petition is one (the online petition is here – please consider signing it).

Letting the good people at Qantas, one of the world’s really good airlines, know [as a Sydney lawyer did] how the special relationship with Emirates, Dubai and Abu Dhabi feels to us, is another.

Meanwhile, the latest (from Henry Benjamin’s excellent JWire site in Australia) is that Prof. Karabus was released from jail on bail following his arrest at Dubai airport whilst in transit on August 18. It quotes a family member saying: “He was released on Sunday night to stay at a colleague’s flat. He is free to move around the UAE but cannot leave as his passport has been confiscated.” His next court date is November 20. No word on whether the authorities have managed to find the missing paperwork. 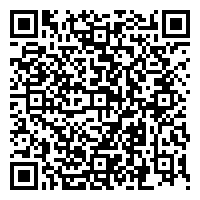