Democrats do not have a great track record in the White House. The number of Democratic presidents who have won second terms is small and becomes much smaller with the second half of the 20th Century. Unlike Congressional shifts which reflect regional politics more than a national referendum, the Presidency is a referendum on the usages of the nearly unlimited power of its holder.

The Democratic strategy has been to substitute iconography for competence and their iconic presidents have invariably been men of dubious character. FDR rode to power on the coattails of the Roosevelt name, after conducting a smear campaign against Teddy Roosevelt’s son who would have been the natural candidate.


Once in power, FDR assembled a grab-bag of bad ideas from European Socialists and Fascists and employed a small army of writers and artists as propagandists to lionize his programs. Marginally competent, Roosevelt the Second cultivated an aristocratic paternal air, surrounded himself with experts and programs to create public confidence.

FDR did not fix the economy, but he did lead the country through World War II while preemptively losing World War III, which was enough to give him the iconic status that had made his presidency possible.

The Roosevelt Administration, with an assist from Harry Truman, had largely created the Soviet Empire through its betrayal of Eastern Europe and the Republic of China. The Liberal camp had been thoroughly infiltrated by Communist agents and was full of sympathizers for the Soviet Union.
Before WW2 the USSR had been a regional backwater power with a network of international agents at its beck and call. After WW2, Communists were on the verge of swallowing up Western Europe and had taken China.

Truman’s disastrous China policy led to the Communist takeover of a potential world power and to the bloody Korean War. The aftermath of the FDR Administration was largely preoccupied with covering up the disastrous results of its Communist-friendly program. The campaigns against McArthur and McCarthy were necessary to cover up the consequences of Truman’s China policy and FDR’s USSR policy.

The Democrats lost the White House and the public turned to Eisenhower to clean up the strategic mess left behind by the progressive party. The great national crisis was Communism and the Democrats had not seen the crisis coming and had no credibility in deploying a policy to combat the Soviet Union.

To retake the White House the Democrats needed a new image and a candidate with credibility fighting Communism. That candidate was to be a Kennedy, a member of a family at odds with FDR due to its Nazi sympathies, whose patriarch had taken careful care to burnish the Anti-Communist credentials of his sons.

FDR had been the avuncular figure in the chair; JFK was to be the youth candidate. The new man, a creature of the old Joe Kennedy, with fresh new ideas written for him by ghostwriters. Like FDR, JFK was a manufactured figure. And like him, JFK was a man of ideas with no ideas who disguised that lack with an army of experts and the cultivated illusion of intellectualism.

JFK was not particularly Anti-Communist, but that was a necessary qualification for any candidate looking to carry on FDR’s work. The Democratic Party had adapted to the collapse of its old coalition of New York merchants and Southern plantation owners after the Civil War by embracing Republican Unionism with a vengeance and jettisoning the last of Jefferson to become the party of big government.

FDR had borrowed Lincoln’s ruthless unionism and blended it with Teddy Roosevelt’s anti-monopolism; mixing together the work of two Republican presidents and claiming it for his own. JFK similarly took up elements of a Republican civil rights program and blended it with their aggressive Anti-Communism to create a new Democratic identity.

The underlying program in both administrations had nothing to do with the depression or war; but of building up a national political machine using the same methods of urban political machines. The core ingredient was class warfare. FDR put a genteel patina over class warfare while JFK phrased it as an idealistic ambitious form of American Exceptionalism that made it seem American.
FDR and JFK both borrowed Lincoln’s martyrdom, FDR by acting as a long-serving wartime president, and JFK, posthumously through his assassination. Obama has taken on a crude form of that martyrdom by virtue of race.

JFK’s death left his upgrade of Eisenhower’s “Dime Store New Deal” unfinished. LBJ took up the baton as the consequences of Vietnam tore apart the coalition between Liberals and Leftists leading to a culture war.

FDR died before events would have forced him to block Communist ambitions in Europe and turned the intelligentsia against him, allowing him to retain the services of the progressive propaganda corps. But JFK’s façade of Anti-Communism had committed him to international policies that broke apart the coalition between Liberals and Leftists. As much as the left might have supported JFK’s domestic program, and even forgiven his domestic show of affiliation with the Anti-Communists, by the time he was replaced by LBJ, the stress fractures were just too big and they tore apart the Democratic Party.

After that the Democrats lost the ability to compete on national security. Their attempts at salvaging the white male vote led them to two southern governors. Carter imploded on National Security, but Clinton thrived through two terms in the Post-Soviet period when history no longer seemed to matter. But history did matter.

The Communism menace had risen on FDR’s watch. Muslim terrorism began its ascent under JFK and reached critical levels under Clinton. The Democratic failures on Communism made Eisenhower, Nixon and Reagan possible. Their failures on Islamism made Bush possible.

Obama was the third Democratic bid at an iconographic presidency. Like FDR, he was confronted with an economic crisis, and like JFK he faced a global conflict. And like both men, he proved inept at handling both, relying on armies of experts and making unwise decisions. As with JFK’s first term, the consequences of his foreign policy have not still struck home with a decisive enough emphasis to turn the public against him, but unlike FDR, there is no war to distract from the economic situation.

Obama has been running on his iconography for a while now and like an old beat up car, he never noticed that it gave out on him a while back. The debate was a wakeup call, but it won’t be the last one. He has to run on something, but he can’t run on the economy or race and that just leaves national security. The Benghazi attack emphasized the disastrous consequences of his foreign policy, but they also did him a favor by shifting the debate to the foreign policy arena.

With FDR fading and the cult of JFK not as strong as it used to be in the twilight of the Boomers, the Democratic Party needed a third icon to further integrate its political machine into the infrastructure of the government.

The Democrats needed to win badly in 2008 because it put them in a position of exploiting a crisis to protect and expand their institutions, both private and public, that might have otherwise been targeted by a Republican on an austerity mission. Defeating McCain, who despite his own reputation for pork had a cost-cutting streak, was a major victory because it avoided the specter of having McCain do to them what Prime Minister Cameron, another non-conservative conservative, had done to the institutions of the liberal state in the UK. Defeating Romney, who is also running as a cost-cutter, is an even bigger priority for the same reason.

The ideological and emotional issues are secondary to this core bureaucratic mandate of protecting the political machine that the post-Civil War Democratic Party had built up. Unlike Bush, Romney is not running as a compassionate conservative looking to reconcile social spending with conservative politics. And Romney’s campaign is not focused on the international politics that might divert him from putting the domestic house in order.

Pushing Romney back into Bush territory, as Benghazi may have done, may neuter him even if he wins, and shifts the focus away from the economy. But the public does not appear prepared to follow that shift with polls still showing the economy as the primary focus. And that focus contains a dangerous trap.

Any shift to foreign policy risks a dangerous discussion about the Islamist rise to power that was aided and abetted by Obama, in the same way that FDR had aided and abetted the rise of Communism. The Democrats did not survive the debate when it broke out during the Truman Administration. Should an honest discussion begin about the defeat in Afghanistan and the Muslim Brotherhood takeover of the Middle East under the guise of the Arab Spring, the result may be as great a blow to Obama’s prospects.

Obama’s last stand is also the Democratic Party’s last stand. A hundred years of foreign policy and economic failures at the hands of a corrupt mafia is about to come home to roost. The Democratic Party has marginalized itself, abandoning mainstream Americans while openly embracing a trillion dollar welfare state.

Iconography elevated Obama as it did FDR and JFK, but it cannot see him through a constellation of crises. And if he falls, then his party falls with him. 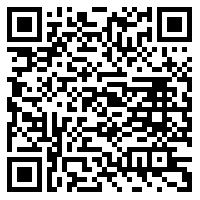