Frimet Roth, writing in the Times of Israel yesterday, refers back to a terribly painful episode in American history and the transcendent role played by a great leader. Here’s an extract:

This is also an appropriate day to raise this issue because September 15 is the 50th anniversary of the Birmingham, Alabama, church bombing in which four young African-American girls perished and another was seriously wounded. That terror attack, perpetrated by four Ku Klux Klansmen, is remembered as “a moment that would change a nation.” Several months afterwards, civil rights leader Dr. Martin Luther King wrote Christmas letters to the four grieving families in which he assured them:

“Here in the midst of the Christmas season my thoughts have turned to you. This has been a difficult year for you. The coming Christmas, when the family bonds are normally more closely knit, makes the loss you have sustained even more painful…”

“As you know, many of us are giving up our Christmas as a memorial for the great sacrifices made this year in the Freedom Struggle. I know there is nothing that can compensate for the vacant place in your family circle, but we did want to share a part of our sacrifice this year with you. Perhaps there is some small thing dear to your heart in which this gift can play a part.”

King’s sensitive, delicate words moved me. They contrast starkly with the leaden silence that we, the parents of precious Jewish children who also perished in terror attacks, have received from our leaders.

Click to read her article [“What our prime minister can learn from the Birmingham church bombing“] in full; it appears currently in the Ops and Blogs section of Times of Israel. 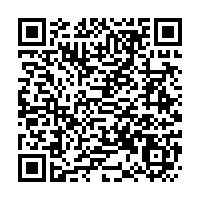