With the news so full of negative revelations  & allegations about Beit Shemesh – it was a great pick-me-up to hear Lord Rabbi Jonathan Sacks, the retired Chief Rabbi of the UK & Commonwealth, speak last night at the Feigenson shul in Nofei Aviv, a community of English speaking immigrants in Beit Shemesh.

I knew that this was not going to be an Israeli-style spontaneous bustling first-come-first-served event, when we were required to book online, with email reminders and clear instructions about location, parking, timing et al. The organisers were clearly organised.


I had the privilege of attending a classy reception beforehand with Rabbi Sacks, and had my few seconds of face-time, introduced to Rabbi Sacks by host & fellow Brit, Jacob Jackson. MK Rabbi Dov Lipman was also there, his US origins notwithstanding, and engaged Rabbi Sacks in a private discussion in a side room.

The Feigenson shul was packed to the rafters, with an overflow crowd downstairs watching on live video screens. Organisers estimated the attendance at 700 people. (The police said there were 17 people; however, over 1400 votes were counted afterwards – sorry, in-jokes for Beit Shemesh).

Rav Eliezer Schenkolewski, the Rav of Feigenson gave words of introduction and greeting – introducing the evening’s topic of “Kiddush Hashem in a Complicated World” – the sanctification of God’s name.

Rabbi Sacks was eloquent, profound, witty – an absolute professional. Among his witty one-liners were:

When Rabbi Sacks was asked by Leung Chun-ying, the new Chinese administrator of Hong Kong, “what did the Jews do during the first thousands of years of their history, without kosher Chinese take-aways?”, Rabbi Sacks answered, “we complained about the food!”

Rabbi Sacks described himself as often more successful working with non-Jews, than with the Jewish community itself. Rabbi Sacks told of someone who introduced him on an occasion, saying that “I agree with the Chief Rabbi about absolutely everything – thereby proving I am a gentile!”

Rabbi Sacks explained that the whole world looks to the Jews. Over 2.4 billion Christians and over 1.5 billion Muslims, all tracing their inspiration and origins to the rather smaller Jewish people – “most of whom seem to be in this room today!”

Whereas the one-liners kept the audience entertained, the substance of the evening was very serious. Rabbi Sacks was not unaware that Beit Shemesh is associated with strife between the various communities.

Rabbi Sacks reminded the audience that whereas almost every global power had endeavoured to attack the Jews, we have survived – and the super-powers of history have not. “The only people who truly have the capability to destroy the Jewish people are the Jewish people”.

Rabbi Sacks pointed out that “Shem” in Hebrew has two meanings: “Name” and also “reputation”. Hashem is therefore “God’s reputation” – how He is perceived by humans.

Rabbi Sacks said the ultimate Chilul Hashem is galut – exile – of the Jewish people. In our defeat, humiliation, degradation, slaughter and dispersion, God Himself looked weak, apparently either unwilling or unable to protect His own people.

By the same account, the establishment of The State of Israel is a huge kiddush Hashem.   Indeed, in Rabbi Sacks’ private discussions with world leaders, he said they all immediately recognise and acknowledge the open miracle of Israel’s establishment, development and strength – God’s reputation has been enhanced and glorified through the State of Israel.

Rabbi Sacks also pointed to the rebirth of Torah in Israel, on a scale never seen throughout Jewish history, is also an open miracle and kiddush Hashem.

At the local level, here in Beit Shemesh, the city of strife between various groups of Jews, Rabbi Sacks raised the challenge to the audience, primarily Anglo national religious, that we can be a kiddush Hashem in Beit Shemesh, by bridging between the secular, on the one side, and the ultra-orthodox on the other.  He drew the parallel to Jacob’s ladder between heaven and earth – and that we can be a ladder – even though this involves being stepped upon to make progress, and is highly uncomfortable.

Rabbi Sacks urged the audience to avoid getting into conflict with either side in these disputes, even when we ourselves come under attack. Our function should be to inject love, respect and healing, into the community popularly characterised as fraught with dispute and friction. 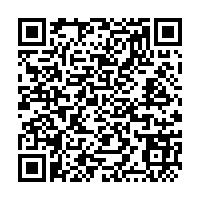