A Palestinian Authority woman pulled out a knife in front of a soldier at a checkpoint in Samaria Monday and was arrested before she could carry out a terrorist attack.

Soldiers at the Tapuach Junction loaded readied their rifles for shooting but were able to overcome the women without having to use weapons.

Last week, another Palestinian Authority terrorist tried to kill hitchhikers at a bus stop at the Tapuach Junction near the checkpost. Soldiers at the scene killed the attacker. 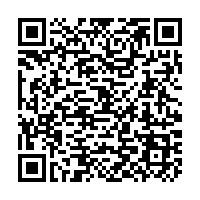