Hebrew University Stand With Us Campus Coordinator Lee-El Lewinsohn recently accompanied 25 students to the International Women’s Conference, which focused on women’s rights in Israel and promoting worldwide gender equality. Leading Israeli public figures, including politicians, activists, businesswomen, journalists, and religious leaders, spoke at the conference. Commenting on the conference, Lewinsohn noted, “Israel faces many challenges, and so do the women in Israel, but our strong pluralistic and democratic society has achieved many goals and is constantly in flux, changing, growing and improving.”

Participant countries of origin included Nepal, Cameroon, Nigeria, Kenya, and even the island of Nevis in the Caribbean. Shelisa Martin Clarke, a public health administrator who came from Nevis, said she learned “from the Israeli perspective” how to deal with domestic and gender based violence in her country. Sabina Deshemaru, a Nepalese student at the Hebrew University, noted, “I want to approach the Nepalese army and to see if there is a chance to replicate the idea of how Israel works with people who have post-traumatic stress disorder.”


Rilwan Raji, a Nigerian doctor, emphasized that Israel “is an inspiration” with regard to women’s rights, noting that he is consistently impressed by women serving in high level positions in the IDF, the Knesset, and Israel’s foreign service. “Basically, the most important thing is how women are integrated into the political system, for the more women are in politics, the better will be the plight of the girl child. For me, it’s unbelievable that Israel has so much to offer despite the conflict. It shows that the security situation is not an excuse for lack of development,” he said. He claimed that Nigeria frequently uses the existence of the Boko Haram Islamist terror group, which attacks schools, healthcare clinics and churches, as a pretext for lack of development.

Luchuo Engelbert Bain, a doctor from Cameroon, learned from the Stand With Us conference how to communicate pro-women’s health messages that emphasize that the “problems of women are the same the world over, even though the degree differs.” He also noted the importance of inspiring men to take an interest in promoting women’s rights. According to Bain, the information he gathered at the Stand With Us Conference will help him educate women about the dangers of HIV and the need to protect themselves against risks in Cameroon posed by arranged childhood marriages, forced marriages to deceased husbands’ brothers, and prostitution, all of which lead to the spread of HIV.

The Power Of Gratitude 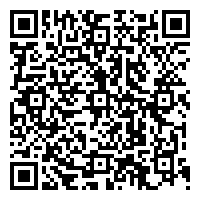