Turkish protesters have called upon Turkish Prime Minister Recep Tayyip Erdogan to resign, a move which may be good for Israel.

The seeds of a Turkish spring are presently being planted within Turkey. What started out as a movement to save one of the last green spaces in Istanbul from being converted into a shopping mall has emerged into a mass protest movement calling upon Turkish Prime Minister Recep Tayyip Erdogan to resign. Many Turks claim he has brutally suppressed dissent and attempted to make Turkish society more Islamist in nature. If Erdogan were to resign and the secular opposition were to gain power, it may have positive implications for Turkish-Israeli relations.

In the course of these demonstrations, the Turkish authorities have utilized brute force to suppress the opposition, firing tear gas and water canons en masse. One Turkish resident of Istanbul who was active in the demonstrations claims that the police deliberately fired at demonstrators. Countless Turkish civilians have been wounded or arrested, while some have even died. Nevertheless, despite the violence, many Turks are committed to calling upon Erdogan to resign.

One young Turkish woman, Elif Ceylan, a resident of Izmir, Turkey, has reported, “I don’t like Erdogan’s way of pushing things in a non-democratic way. His idea of Turkey is pushing it into an Islamic state[…]These demonstrations are not related to any kind of political movement. This movement is about human rights and freedom of speech.”

The question emerges, what are the implications for Israel? According to sources inside Istanbul, most of the protesters have not taken a clear stance on Israel. As Ceylan explained, “They are a blended group of people that just support human rights and freedom of speech. […] So I can’t really say they are pro Israeli or anti Israeli cause they are blended.” Nevertheless, one Turkish demonstrator from Istanbul claims that any one in Turkey with pro-Israeli sympathies would be attending these demonstrations. Nevertheless, the demonstrations aren’t about Israel.

According to Ceylan, “The importance of this movement is that the people of Turkey are finally getting together and rising up to say no to the non democratic way of the current government.” Nevertheless, Ceylan believes that if the Turkish people are truly given freedom of speech, it will give Turks the chance to question things and see Israel in a different light. She claims that presently the Turkish media is controlled by Erdogan and that the 2010 Gaza Flotilla which sailed from Turkey and the subsequent incident with Israel aboard the Turkish ship the Mavi Marmara was due to Erdogan’s influence. If there is freedom of speech, then Turks will be exposed to more viewpoints and this will positively affect Turkish public opinion towards Israel and the Jewish people.

With Erdogan’s power facing challenges on such a massive scale, perhaps there is a potential for better relations between Israel and Turkey. The two countries were allies in the past and had positive relations during Ottoman times. Turkey was the first Muslim country to recognize Israel’s right to exist and Turkish diplomats saved Jewish lives during the Holocaust. This implies that the negative changes instrumented by Erdogan can indeed be temporary.

We Must Be The Example For Our Children 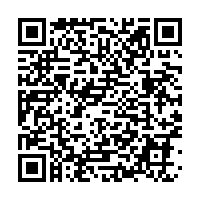