Leading Muslim Brotherhood member and adviser to President Mohammed Morsi created a stir in Egypt recently, when he called on Egyptian Jews living in Israel to return home, because Egypt is now a democracy and because the Jewish state won’t survive.

I’m not aware of any Israelis flocking to the border just yet, but it’s interesting to note that Egyptian intellectuals maintain an informed and sophisticated view of the reasons for the hasty departure of some 75 thousand Egyptian Jews – although said view may be radically different from our own.


“The recent statement by Muslim Brotherhood leader Essam El-Erian calling for Israelis of Egyptian ancestry to return to Egypt showed a lack of basic historical knowledge and implied a flirtation with the US Congress,” Mahmoud El-Wardani writes in his review in Al Ahram of a 2004 book by Mohamed Abul-Ghar, titled Yahood Masr min AlIzdihar Ela AlShitat (Egyptian Jews from the bloom to the Diaspora).

Abul-Ghar distinguishes between Sephardic Jews, whom he considers the original Egyptian Jews (who arrived during the middle ages and following the expulsion from Spain), and the newer arrivals, Ashkenazi Jews, who migrated to Egypt from Eastern Europe during the second half of the 19th century.

Sephardic Jews were well integrated into Egyptian society, spoke Arabic fluently and were part of the Egyptian social fabric, according to Abul-Ghar. But Ashkenazi Jews, who constituted 8 per cent of Egyptian Jewry, did not speak Arabic and despised Egyptian society.

The Al Ahram writer does not provide any proof regarding this “white man’s disdain” of the Ashkenazim towards their new country. My own conversations with an Ashkenazi colleague who immigrated to Israel from Egypt yielded nothing but love for his country of birth. He was keenly aware of its problems, but admired its people and culture. But that’s just anecdotal stuff. It’s possible that from an Egyptian point of view, having lived under British rule for half a century, any white man was a hated colonialist.

The first Zionist cells in Egypt appeared among Ashkenazi Jews, argues Abul-Ghar. Of course, the actual underground Zionist agents who did attempt to inflict some damage were all bona fide Sephardi Jews. Eliahou Beit-Zouri and Eliahou Al Hakim of the Lechi assassinated the British minister of state Lord Moyne in Cairo in 1944 (both were hung), and a large Mossad operation in 1952 that attempted to destabilize the new Egyptian Junta was also run by Sephardi Jews (the cell’s chiefs, Dr. Moshe Marzuk and Shmuel Ezer were hung in 1954, many others received long prison terms).

The 1948 War of Independence changed everything for Egyptian Jews, according to Abul-Ghar, because the government closed the offices of the Zionist movement in Egypt and arrested many Zionist activists. He neglects to mention that Egypt also invaded the new country of Israel with tanks and infantry, and even bombed Tel Aviv from the air.

Abul-Ghar suggests that a 1949 law that abolished special business and investment privileges for foreigners, is what finally did Egyptian Jewry in. The law affected Jews directly because so many of them held dual citizenship.

The law was rescinded by the 1952 revolution, but the nationalizing of the Suez canal and the Sinai operation that followed made life in Egypt untenable for Jews. 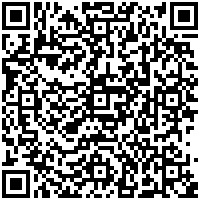