Lynne Shapiro commented on my article Am I Jewish Enough? Depends which Government Ministry You’re Asking, which in turn was my comment on an article by Judy Maltz, in both Haaretz and the Forward, Jewish Enough for Birthright — But Not for Israel: Kafkaesque Dilemmas Bedevil Would-Be Immigrants.

“OK Mr.,” Shapiro opened with an admirable vigor, “I am Jewish through a Reform Converted mother and a born to a Jewish mother father and have been more so living a Jewish life since he died and I became his Kaddish in my uncle’s Conservative Egalitarian synagogue (at his insistence). So if I’m not Jewish enough for you to return to Israel, why would I want to give any funds to any group that gives money to Israel as I have done over the years?”

“Also my Reform Convert mother was a total and complete Zionist and made me one! This ‘who is Jew’ is like what the Nazis did to determine who went to the camps IMHO (in my humble opinion)!”

First, whatever money you’ve donated to Israel through any group, most of it stays in America, to support the group’s works there, and to pay for the fundraising overhead. Israel’s economy at this point is a lot stronger and more boisterous than that of the U.S., and you should keep your money over there, we don’t need it.

Especially if you’re going to wave it in our faces every time we do something you dislike. Hold on to the money, buy yourself something nice, let’s not base our friendship on your ever diminishing U.S. dollar.

Next, as I understand the current Law of Return, your credentials are good enough to be accepted here as a citizen as soon as your arrive. In fact, they’ll probably make you a citizen even earlier, at the nearest Israeli consulate. They did that with my wife, Nancy, back in NYC, in the fall of 2011.

But why do you care about that? You ain’t planning to come here – you’re just working out a sweat over the fact that if ever you had decided to come over and make aliyah, then Israel would reject you. The problem is not with Israel in this case, but with you.

If you and the rest of America’s Jews knew what’s good for them, they’d be cramming the airports, looking to get out and make it to a safe haven in the Jewish State. IMHO, if you’re so familiar with what the Nazis did—use that acquired wisdom and get out of there while the getouting is good. We will embrace you and accept you and love you, no matter how your Mom converted. You can check it with your local Jewish Agency or Nefesh B’Nesfesh. Locate your nearest office of either and give them a call.

I wish all of us have learned a lesson from the Nazis. The late Lubavitcher Rebbe of righteous memory (who departed almost 20 years ago), used to say that we should learn from the Gestapo: how dedicated they were in seeking out every last Jew, no matter how far and how well hidden. We, too, must seek the hidden, faraway Jews, with the same dedication and self sacrifice as those Nazis, may God obliterate their memory.

So now you have it, holy sister – come home, call me up, I’ll take you to the Netanya beach, buy you a drink, point at the baby blue sky and the blue-green Mediterranean and say, Welcome home. 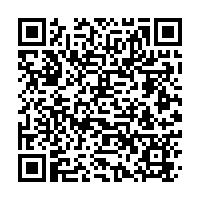