Cox, the cable communications giant, is celebrating Black History Month “by highlighting culturally relevant programming available On Demand and participating in various celebrations and events across the country.”

A PR thingie was sent out by Cox, listing, among many other entertainment options available on its Lifetime channel, the movie Twist of Faith (Feb. 10 – 28), “a love story about a Christian single mother and an NYC Orthodox Jewish man, whose mutual love of music and singing draws them together.”


You know I couldn’t resist that one, so I started searching the Internet (so you won’t have to, as my friend Jamil is fond of saying). You should know there are several movies out there with the same memorable title, or with slight twists (like Twist of Fate). But I finally got the full Lifetime synopsis, and, how could I not -– a clip.

“In Twist of Faith,” the fictional, cross-cultural, music infused love story, tells the tale of Jacob Fisher (Hirsh), an Orthodox Jewish Cantor and amateur songwriter from Brooklyn, New York, who witnesses the senseless murder of his wife and three children. Catatonic, Jacob walks out on his Jewish mourning ritual, leaving behind his Jewish garments, wallet and keys.

Seriously? The guy had a Jewish wallet and Jewish keys? Them Jews is mighty materialistic… Anyway, the text proceeds:

Abandoning his identity, he wanders aimlessly, hoping somehow to understand his tragedy. Fortuitously, he lands in Brent, Alabama (population 2,500), where he is embraced by Nina (Braxton), a single mother and the lead singer of a small gospel choir, her Uncle Moe (Williamson) and their gospel community who help him re-examine his life. While music brings Nina and Jacob together, they try to make sense of his past and their possible future.

And they make Gospel music together happily ever after – the end.

This thing sounds like train wreck of the month, if you ask me. I just hope none of you out there is planning to drink a shot of whiskey every time this movie makes a moronic faux pas about Yiddishkeit, because you’ll end up in a ditch, God forbid. 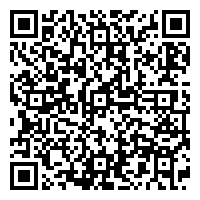