Whether you believe in global warming or climate change, you’ve probably run into descriptions of the green house effect. It is a process by which thermal radiation from a planetary surface is absorbed by atmospheric greenhouse gases, and re-radiated in all directions. Since part of this re-radiation returns to the surface, it results in the elevation of the average surface temperature.

As the Earth grows warmer, things start changing around the globe, including, for instance, hurricanes that are a thousand miles wide. And, whether you believe the rising temperatures are caused by man or are just part of the natural cycle of things – they’re rising. The ice caps are melting and sea levels are rising – watch out Dutch folks, the ocean is returning.

Now, Methane, which takes up from 4 to 9 percent of Earth’s atmosphere, is a major culprit in the creation of the green house phenomenon. Methane is created by many different natural processes, including, how embarrassing, by cows. Cows emit a massive amount of methane through belching, with a lesser amount through flatulence. Each cow emits between 26 and 53 gallons of methane each day.

According to the USDA, there are between 1.3 and 1.5 billion cows, beef and dairy combined, in the world.

And since the United States consumes beef at the rate of 52 billion pounds a year (in 2012 – it used to be as high as 57 billion in 2007), that means we have a whole lot of cows. More cows—more Methane—more warming planet—bigger hurricanes.

So God sent us His tiny little messenger of hope in the shape of a tiny tick, the lone star tick, named for the white spot on its back. Researchers say that when this tic bites you, its saliva can trigger a reaction to meat that is so agonizing, you’ll turn vegetarian.

“People will eat beef and then anywhere from three to six hours later start having a reaction; anything from hives to full-blown anaphylactic shock,” Dr. Scott Commins, assistant professor of medicine at the University of Virginia in Charlottesville told ABC News.

Yes, once the lone star tic bites you, you could die, God forbid, from eating meat.

Scientists are still having a hard time proving a causal relationship between the tick bites and the meat allergies, but they all agree that “blood levels of antibodies for alpha-gal, a sugar found in beef, lamb and pork, rise after a single bite from the lone star tick.”

Cases of the bizarre allergy are cropping up in areas ripe with lone star ticks, according to research presented at the American College of Allergy, Asthma and Immunology annual meeting in Anaheim, Calif.

But the tick bite theory could help explain the sudden onset of some meat allergies, Fineman said, adding: “Avoidance is the best way to handle any food allergy.”

Now you get it? In order to save the planet from another flood, God sends a tic to infect us so we become horribly allergic to meat, the cow population drops, green house effect diminishes, plus we now have millions of acres of land to grow vegetables and be healthy.

And, of course, we continue to eat tons of chicken. Because chicken is not meat according to the Torah, you could even have a chicken cheeseburger back around 1000 BCE, until the sages nixed it.

Have a healthy day! 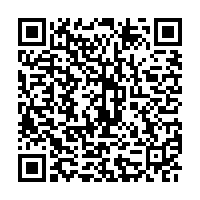