As of Sunday evening in Israel, the number of confirmed cases of COVID-19 rose to 11,145 people who contracted the novel coronavirus, with 183 patients listed in serious condition, including 131 sedated and on ventilators.

Only two people died in the past 24 hours, bringing the death toll to 103. The better news is that at least 1,627 people have recovered from COVID-19, according to Israel’s Health Ministry.

Residents in those areas are allowed to leave for work, essential medical treatment, the funeral of a first-degree family member, transfer of a minor between divorced parents, legal processes, and any other essential needs with the prior approval of the National Emergency Authority, according to the Health Ministry guidelines.

In the United States, more than half a million people (525,704) nationwide had contracted the virus by Sunday, according to the Centers for Disease Control and Prevention (CDC), and the number of deaths had reached 20,486. 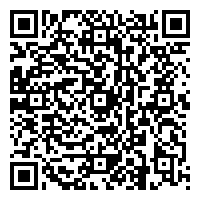