More than three million cases of the COVID-19 novel coronavirus have been reported around the world, according to the real-time tracker from Johns Hopkins University.

It’s also believed the numbers may be a lot higher, and are not reflected in the totals due to a lack of testing, unreported cases and the possibility that some governments may even be hiding the extent of the outbreak in their countries.


More than 208,000 people have lost their lives to the virus worldwide.

Israeli Cases Slowly Dropping
In Israel, there were 15,555 confirmed cases of the novel coronavirus, including 126 patients in serious condition, of which 96 were sedated and on ventilators.

The curve is beginning to flatten across the ocean as well.

Almost 1 Million Cases in America
Nearly one-third of the global cases – almost one million – are in the United States, according to the latest figures, with 993,103 confirmed cases reported across the country.

A total of 17,303 New Yorkers have died from the virus since the start of the COVID-19 pandemic, and according to state data, there are still approximately 1,000 new coronavirus-related hospitalizations in New York each day.

According to a report by ABC TV-7 Eyewitness News, testing last Friday showed that 21.2 percent of New York City residents have had the virus – including those who may not have had any symptoms, but by Monday, that number had risen to 24.7 percent of those tested.

Cancelling Primary for Safety’s Sake
As a result of those numbers, the New York State Board of Elections voted to cancel the Democratic presidential primary originally postponed to June 23, even though the number of new cases is slowly dropping.

Vermont Senator Bernie Sanders has already dropped out of the race and endorsed former Vice President Joe Biden; the other Democratic presidential contenders have all done the same.

Nevertheless, New York is the first state to cancel its Democratic presidential primary.

The state’s Republican party has already canceled its primary election since the president was the only one on the ballot. 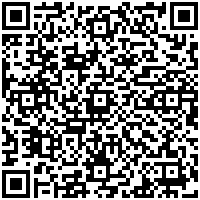