Levy pointed to a travel advisory issued by the Health Ministry for seven countries “where there is a good chance of COVID-19 mutations having developed, and to which we strongly recommend citizens avoid traveling.” Turkey and India were among those on the list of countries to avoid.

At present, said Levy, the UK variant is responsible for some 95 percent of the current active cases of the coronavirus in Israel.

The British variant is not resistant to the Pfizer BioNTech vaccine being used in Israel, he said, although the vaccine does, in fact, work less effectively against the South African (Brazilian) variant.

It’s still not clear whether the vaccine is completely effective against the Indian variant because it contains a number of mutations that make it more contagious. “We aren’t at ease with it,” Levy said.

India Facing Record Number of New Coronavirus Cases
India said Thursday it has a record 314,835 new cases of COVID-19 in the past 24 hours alone – a global record — as hospitals in New Delhi sent out a desperate appeal for fresh oxygen supplies. The total number of coronavirus cases in the country has reached 15.9 million, the second-highest number of total cases for any country worldwide. The country’s COVID-19 death toll has reached 185,000 since the start of the pandemic.

India’s cash-strapped health system – which has so far administered more than 130 million doses of coronavirus vaccine — is now facing a second wave of the virus that has been blamed on a “double mutant” variant, with contagion exacerbated by “super spreader” mass gatherings.

So far, there are seven confirmed cases of the Indian variant of COVID-19 among unvaccinated travelers who returned to Israel from abroad, according to the Health Ministry. The country from where they traveled has not been made public.

Israel Working to Prevent Introduction of Mutations
Ben Gurion International Airport is the gateway for people coming from different countries that have mutations, Levy said, and may infect Israelis even after they have completed the two-shot series of inoculations against the virus.

“We must do everything we can to avoid introducing mutations,” he said, “That is, tests at Ben Gurion Airport before boarding, landing and especially the use of quarantine.”

The best way to protect the country, Levy said, is to “Isolate upon arrival from abroad so that you do not pose a danger to others, and so we can continue to relax restrictions.

“If you do not do this, it could return us to the earlier [more restrictive] days,” he said. 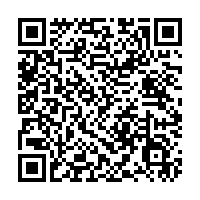