While Jews around the world were still celebrating the eighth day of Pesach, in Israel, preparations were already underway for two of the most important holidays on an Israeli’s calendar: Yom HaZikaron and Yom HaAtzma’ut.

Seemingly overnight, blue and white Israeli flags began to spring up everywhere. It started with the iriyah (municipality) hanging them from lampposts and around each traffic circle. It quickly spread to homes, where they were draped from windows and balconies. Before long, almost every car seemed to sport a flag, wrapped around the front hood or attached to the side view mirrors.


As I walked through Modi’in, the words of the classic Israeli kids’ Yom HaAtzma’ut song – “Kol ha’aretz degalim degalim – The whole country is full of flags and flags” – came to mind, as our city was awash with Israeli flags everywhere you looked.

Growing up in the diaspora, I viewed the flag as a symbol of a dream, a Jewish nation in a Jewish land. Now as an Israeli citizen, I proudly view it as so much more. It is a symbol of my home.

Here, Yom HaZikaron is marked by two piercing air raid sirens, one in the evening at the commencement of the holiday and another one at 11 a.m. when the memorial ceremonies begin.

Last year, we experienced these sirens under lockdown. It was a private experience as I sat with my children and explained to them that the scary siren was a way for us to remember the brave soldiers who fought so that we could have this country that we now call home. That while Israel’s continued existence and success is without a doubt miraculous, it could never have come about without these soldiers.

This year, I found myself walking home from the dentist office as the 11 a.m. siren went off. While the two-minute siren is meant to be a silent moment of reflection, I couldn’t help but look about as the siren began sounding. On the busy road beside me, traffic came to a standstill as drivers and passengers exited their cars to stand in silence. Store workers outside on a smoke break dropped their cigarettes and their heads. Teenagers at the bus station stopped their chatter and closed their eyes. Even the stereo at a nearby construction site that had been minutes before blasting Beatles music went silent.

For those two minutes, the normally bustling streets of Modi’in just stopped. The only sounds that could be heard were the air siren and the birds.

In Israel, soldiers are not just heroes. They are our spouses, children, neighbors, and friends. They are ordinary boys and girls who are called upon to do extraordinary things. They risk their lives so that we can live ours.

As I closed my eyes, I gave silent thanks to all those we as a nation have lost and to all those who continue to defend our country today. We owe them more than we can ever say.

When the siren stopped and the country un-paused, I felt that my day couldn’t just continue as usual. I was so much indebted to these heroes; what more could I do to keep their memories alive?

When my son came home from school on Yom HaZikaron, it was clear that he too was moved by the day. He suggested that next Yom HaZikaron we visit the local Yad Le’banim – the memorial site for soldiers and victims of terror from Modi’in. There we could take some time to see their pictures and learn a little about them. It could be a way for us to really remember them.

I initially found the transition from the solemnity of Yom HaZikaron to the euphoria of Yom HaAtzma’ut a bit uncomfortable. As the eve of Yom HaAtzma’ut began, fireworks lit up the Modi’in sky (a spectacular show we were able to view from the comfort of our own porch). We watched as people walked through the streets, bedecked in their blue and white clothing (and fun lit-up Israeli flag accessories) as they headed off to the barbecues that we could smell in the air. A truck featuring a live band drove through the streets, blasting Yom HaAtzma’ut songs, spreading festive cheer and disturbing bedtimes around the city.

Before long, even I found myself caught up in the excitement. Perhaps because Israelis spend Yom HaZikaron remembering how much they’ve sacrificed, on Yom HaAtzma’ut they can truly appreciate and rejoice in the unbelievable country they have built.

Happy 73rd birthday Israel. We grow to love you and appreciate you a little more each day we are here. 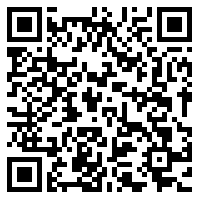