Mixing food, especially ice-cream, with politics can be problematic. But Ben & Jerry’s—the iconic Vermont creamery founded by two Jewish guys from Long Island, N.Y.—became a huge success doing just that by convincing customers that their company’s support for progressive causes justified eating a fattening, if not tasty, dessert. 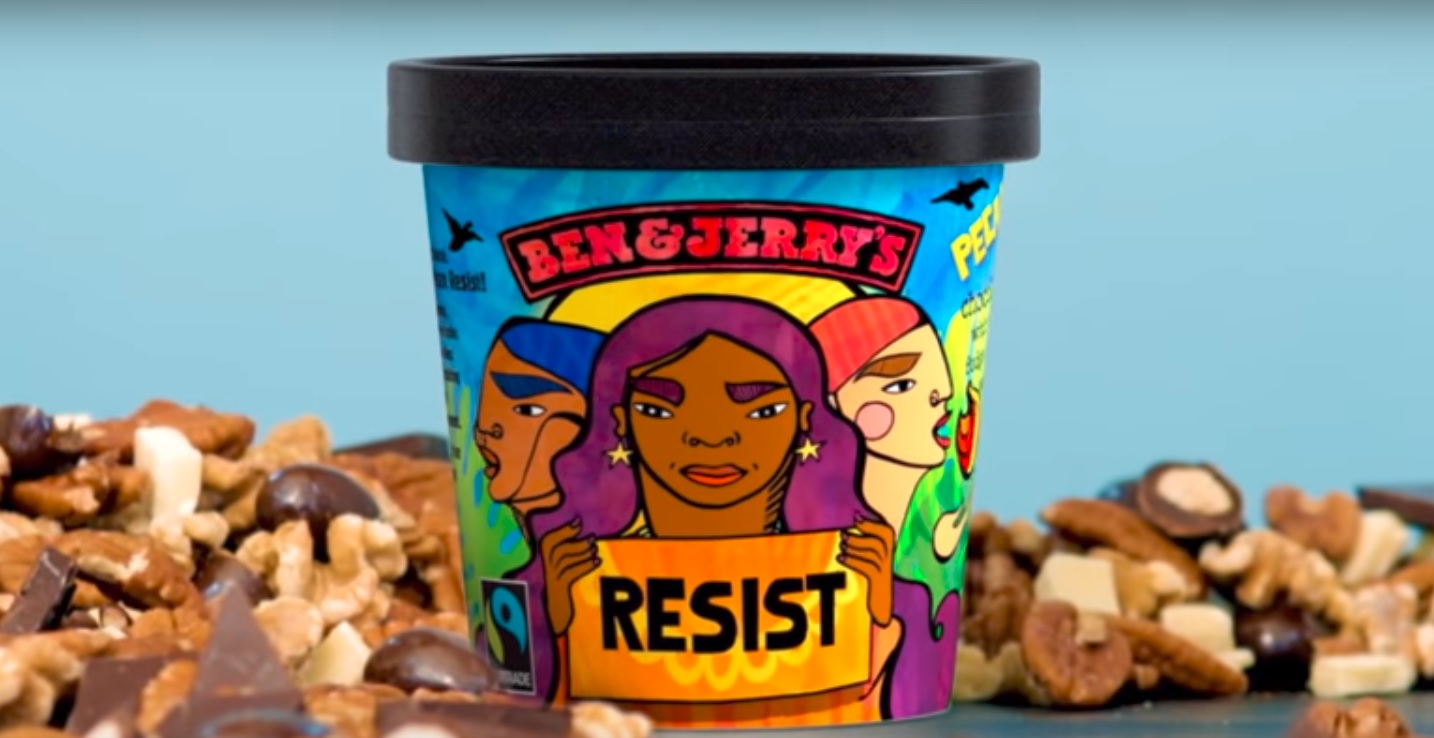 A screenshot of Ben & Jerry’s latest ice-cream flavor, which protests the policies of the Trump administration.
Advertisement


Ben Cohen and Jerry Greenfield hit the jackpot by building a business that billed itself as having a social conscience, identifying itself with the effort to save the rainforest and naming flavors after pop-culture figures like lead guitar player of the Grateful Dead Jerry Garcia. Eating Ben & Jerry’s was a popular form of virtue signaling even before the term was invented.

This was so tied to their identity as a brand that even after Cohen and Greenfield sold their company to Unilever, the new owners believed that they had to continue the tradition of coming up with new flavors tied to liberal politics (think “Americone Dream” or “The Tonight Dough,” favorites of comedians Stephen Colbert and Jimmy Fallon, respectively).

But the latest Ben & Jerry contribution to the national palette isn’t so much a feel-good cause as it is a reflection of our polarized politics. Their new flavor— PeCAN Resist!—is intended to entice consumers because a portion of the sales will go to support groups opposing U.S. President Donald Trump. According to the company, the point of the project is aiding four left-wing groups: the Women’s March, Color of Change, Honor the Earth and Neta, which are “creating a more just and equitable nation for us all, and who are fighting President Trump’s repressive agenda.”

But the inclusion of the Women’s March opens the company up to charges of rank hypocrisy. When you become a funder of a group like the Women’s March, whose leaders have openly embraced and defended one of the country’s most notorious hate-mongers and anti-Semites, it’s clear that your claim to be working for a more equitable society is bunk. That ought to be obvious in the wake of the Oct. 27 synagogue shooting in Pittsburgh, perhaps the worst act of anti-Semitic violence in the history of the United States.

The Women’s March rose to prominence because it was the group that organized the biggest anti-Trump rallies over the last two years, including the massive protest against his inauguration in January 2017. The group thrived because it was able to channel the anger of those who wished to “resist” Trump while also tapping into the spirit of the #MeToo movement. The distinctive pink hats its supporters wear that are supposed to depict female genitalia became a ubiquitous symbol of the resistance. But Women’s March’s hard-core leftism isn’t so much the issue as is the cozy relationship it has with prejudice against Jews.

Two of its leaders are open supporters of Nation of Islam leader Louis Farrakhan and of notorious anti-Zionists.

Women’s March co-president Tamika Mallory attended a “Savior’s Day” address in Chicago given by Farrakhan and was among those cheering him as he spouted his usual litany of anti-Semitic smears, in which he blamed Jews—whom he accused of controlling Hollywood and the media—for harming women. Afterwards, a smiling Mallory posed for a picture with the hate-monger.

Just as bad is the fact that another key leader of the Women’s March is Linda Sarsour, the Palestinian-American activist who is a prominent supporter of the BDS movement targeting Israel. Sarsour has made it clear that Zionists, even those who are fellow liberal Trump-haters, aren’t welcome at the group’s marches. She is also a big fan of Farrakhan, but neither that nor her hate for Israel and those who support it haven’t prevented her from becoming a darling of the political left and its media cheering section.

When confronted about their support for Farrakhan, the Women’s March refused to back down or to get rid of Mallory or Sarsour. To the contrary, they remain the faces of a group that is not only lauded for their anti-Trump activism, but now also has the support of Ben & Jerry’s—the moral equivalent of the “Good Housekeeping Seal of Approval” for the left.

When asked about Mallory and Sarsour, the ice-cream company was agnostic about their support for anti-Semitism.

“We’re comfortable with the idea that the people and the causes we partner with may have a point of view different from our own on some issues,” a spokeswoman for Ben & Jerry’s was quoted as saying. “They can be controversial, just as we can. Linda may not agree with everything we’ve done. But the work that she has done to promote women’s rights, as co-chair of the Women’s March, is undeniably important and we are proud to join her in that effort.”

Not satisfied with that, Ben & Jerry’s also released a statement from Sarsour, saying, “We recommit ourselves to dismantling anti-Semitism and all forms of racism.”

Sarsour spoke out against the slaughter last weekend at a Pittsburgh synagogue and is trying to position herself as a friend of the Jews, as long as they aren’t Israelis or supporters of the Jewish state. But can one really dismantle anti-Semitism by supporting a Jew-hater like Farrakhan, and by championing a cause that advocates for denying to the Jews that which no one thinks to deny to any other people on the planet? Sarsour has been a hypocrite about anti-Semitism, and now the same can be said for Ben & Jerry’s.

Some progressive Jews have already spoken out about disassociating from the Women’s March while Mallory and Sarsour remain at its head. But the message from Ben & Jerry’s is that it’s OK to hate Jews as long as you are “resisting” Trump. If liberal Jews, even those blaming Trump for Pittsburgh and act as if anti-Semitism is limited to the right, blithely accept this outrageous proposition, then they have lost their moral compass.

After Pittsburgh, zero tolerance for Jew-hatred must be a given. The only thing people of conscience, whether liberal or conservative, should do is to “resist” Ben & Jerry’s new bitter taste. 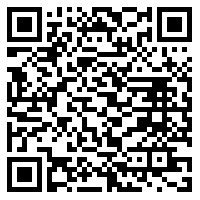