Children who have not been vaccinated for infectious diseases may be banned from schools and kindergartens under the terms of legislation being promoted by MKs Yoel Hasson (Zionist Union) and Shuli Mualem-Rafaeli (Jewish Home) in the wake of an outbreak of measles due to declining vaccination rates.


The bill, submitted to the Knesset’s Ministerial Committee on Legislation on Sunday, proposes three stages to combat the problem: increasing education on the dangers of not being vaccinated, removing tax benefits worth more than NIS 2,000 per year for parents who still refuse to vaccinate their children, and finally, preventing children who have not been vaccinated from entering educational frameworks.

“We are examining the possibility of preventing the entry of children who are not vaccinated into educational frameworks. We must step up efforts to encourage vaccines and sometimes even punitive measures,” Health Ministry Director-General Moshe Bar Simantov, who supports the bill, told Galei Tzahal Army Radio on Sunday morning.

The proposal follows the death of an 18-month-old baby from measles in Jerusalem this past Thursday. The baby, who was not vaccinated, was part of the Neturei Karta community, a radical ultra-Orthodox group that rejects Zionism and the State of Israel on “religious” grounds.

“Non-vaccinated children are exposed to various diseases and they may lead to outbreaks of infectious diseases which could end in death, as happened over the weekend,” Mualem-Refaeli told TPS. “The responsibility for vaccinating the children lies with the parents. Therefore, I call on the ministers to approve the bill that creates gradual intervention by the state and enables a proportional economic sanction for parents who refuse to vaccinate their children.”

The baby’s death was the first recorded death from measles in Israel in 15 years and comes amid a growing number of measles cases nationwide (1,287), compared to nine in all of 2016.

The epicenter of the epidemic is in the ultra-Orthodox communities in Jerusalem, where opposition to vaccination on “religious” grounds is common. The northern town of Safed (Tzfat), which also has a large haredi population, is in second place.

Other cases have been found in Petach Tikva, Tel Aviv, Acco, Ashdod, and Ramle.

Some ultra-Orthodox rabbis have come out in support of vaccination and campaigns have been launched in haredi neighborhoods with posters in Hebrew and Yiddish calling on parents to vaccinate their children. “We are trying to prevent the infection from this common disease, God forbid,” the posters declare.

The outbreak comes as the World Health Organization has reported 41,000 measles cases across Europe in the first 6 months of 2018, a number which far exceeds the 12-month totals reported for every other year this decade.

Ukraine has been the hardest hit, with over 23,000 people affected.

The epidemic has also expanded in ultra-Orthodox enclaves in the United States and Europe. New York City’s Health Department warned Friday of 11 new cases of measles in Brooklyn’s Orthodox Jewish community, bringing to 17 the number of children who have been recently diagnosed. Three of the children infected had recently visited Israel, the department said. 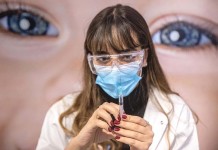 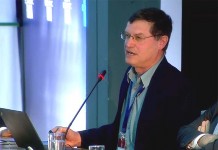 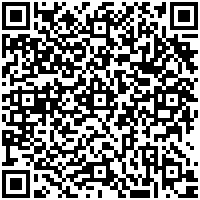