Turkey’s Petrol Ofisi has refused fuel to Iranian airplanes in Turkey, according to Fars. Maqsood As’adi Samani, Secretary of Iran’s Aviation and Space Industries Association, officially protested Turkey’s move, stating, “Unfortunately, the Turkish company which supplies fuel to the Iranian planes in the country has in an email and without any explanation said that it cannot fuel the Iranian airliners from early November.”

It’s one of numerous blows, large and small, to Iran’s economy, as the Trump administration has reinstated every last sanction removed by former president Obama under the 2015 nuclear deal. The sanctions target Iran as well as states and companies that trade with it, and US companies that trade with those. The worst hit ar Iran’s oil exports, shipping industry and banks – the very core of the Islamic Republic’s economy.


Secretary of state Mike Pompeo on Sunday night told Fox News the new sanctions, which target more than 700 individuals, vessels and aircraft, and companies in the finance sector, would force Tehran to stop sponsoring terrorism. Pompeo also promised that even though “these sanctions are the toughest ever put in place on the Republic of Iran,” they would not hurt the Iranian people. But with one US dollar traded for 42,105 Iranian Rial on Monday morning, it’s difficult not to imagine Iranians’ panic growing as their savings and holdings evaporate.

The Iranian parliament on Sunday pushed a bill requiring the government to punish countries that cooperate with the US in imposing sanctions against Tehran, Fars reported. Based on the bill, imports of consumer goods from the US and its collaborators are forbidden and the US said collaborators will be deprived of importing Iran’s oil and gas for 10 years from the time that they are put in the blacklist. Just in time for Christmas…

What about the UK, Germany and France – three of the five countries still committed to the nuclear deal with Iran? All three have objected to the sanctions, and even promised to support European companies doing “legitimate business” with Iran, through an alternative payment system, a.k.a. the Special Purpose Vehicle (SPV), which will help companies avoid US penalties. Maybe. Market analysts have suggested EU companies would have to be seriously desperate to go that way, especially after US Treasury Secretary Steven Mnuchin has threatened the US would “aggressively” target any entity “evading our sanctions.”

On Friday, Mnuchin warned the global financial messaging service SWIFT, the bloodline of global banking without which international money transfers are essentially impossible, that the US would penalize if should it not cut off financial services to entities doing business with Iran.

“SWIFT is a big deal,” a Bloomberg editorial said on Friday. “Isolating Iran from it compounds its financial crisis. Even if companies were willing to risk being cut off from the US economy to purchase Iranian oil, it will be almost impossible for Iran to receive the payments if its banks aren’t part of SWIFT.”

“SWIFT is no different than any other entity,” Mnuchin stated, “We have advised SWIFT that it must disconnect any Iranian financial institutions that we designate as soon as technologically feasible to avoid sanctions exposure.”

And this, boys and girls, is how you change things in Iran. 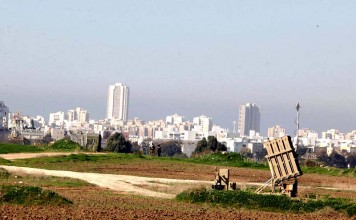