For the first time ever, the U.S. State Department dropped the term “occupied territories” from its headline referring to the Golan Heights, Judea, Samaria and Gaza in its annual global human rights report, released Wednesday by Secretary of State Mike Pompeo.

In the report for year-ending 2018, the description of the Golan Heights, the text was changed from “Israel-occupied” to “Israeli-controlled.”


The text in the separate section on the “West Bank and Gaza Strip” – territory captured by Israel during the 1967 Six Day War along with the Golan Heights – also did not refer to those regions as “occupied,” or being “under occupation.”

The language of the previous administration referred to the areas as “occupied territory.” The report has been published every year since 2011.

“The world’s greatest and most important superpower understands what the left in Israel is finding difficult to accept,” said Shlomo Ne’eman, head of the Gush Etzion Regional Council, in response to the change of language in the annual report. “In the Six Day War, we liberated our homeland from the Arab occupation, and not the other way around.

Read: Graham Vows to Work in Congress for Recognition of Golan Heights as Part of Israel

“We all expect that a right-wing government, which will be formed after the elections, will recognize this reality by applying sovereignty and not giving our enemies any hope.”

The release of the report comes just two days after a visit to the Golan Heights by U.S. Senator Lindsey Graham (R-SC), who vowed to launch an effort in the Congress together with GOP Senator Ted Cruz of Texas “to recognize the Golan as part of the State of Israel now and forever.” 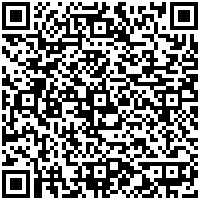