Leaders of democracies serve a multitude of purposes. Most people say they crave moral leadership. But what most voters really want is someone who will stand up for their views and their values, and to implement policies they support. And if they have to choose between morals and partisanship, they invariably choose the latter, whether on the left or the right.


That said, when a crisis threatens a country, people want someone in charge who acts as if he or she knows exactly what they’re doing. And therein hangs the tale of the way the coronavirus has impacted the fortunes of the leaders of the United States and Israel.

President Donald Trump and Israeli Prime Minister Benjamin Netanyahu are often linked in the press as having a lot in common. That’s understandable given the close cooperation that has prevailed since January 2017, as well as their common antipathy for President Barack Obama and other critics of Israel. Their foes also often speak as if their use of tough rhetoric about others, especially their political enemies, makes them two sides of the same coin. Both are often unfairly accused of trying to destroy democracy in their respective nations; that’s a charge that has more to do with sour grapes about the results of elections than any actual threat to democracy.

But the differences between the two far outweigh any similarities. Trump is a wealthy businessman and a flamboyant reality TV star who has adapted the skills he used as a celebrity to help galvanize a base of political support. Netanyahu is a military veteran and intellectual who has spent most of his life in public service. They have both friends and enemies in common. And fortunately for the U.S.-Israel alliance, they share a common vision about close cooperation between the two nations, in addition to the danger from Iran and a desire for accountability from the Palestinian leadership. However, they have a very different conception of how leaders lead in a crisis.

Trump’s confrontational political style has worked well for him during his first three years in office, even as he drove his opponents crazy. Though his critics revile him, Republicans like him because he has delivered on most of his key promises and given conservatives victories on issues they care about. They’ve also come to understand that his trolling of liberal elites is both strategic and keeps his foes—and theirs—off-balance and in a constant state impotent fury.

But the same skills that normally work for him have not served him well once the coronavirus threat turned into a veritable crisis. He was quick to ban travel from China, which was opposed at the time by most of Trump’s detractors. But as worries over the problem grew, he couldn’t distinguish between the fact that his opponents wanted to inflate and exploit it to undermine him (that’s where the “hoax” came in) from the reality that it was a genuine crisis. The virus couldn’t be trolled, and many of his statements didn’t convey a sense of peril. While not everything that was wrong about the federal response, such as the lack of testing kits, is directly his fault, Trump lost control of the messaging about the virus and was generally seen as not on top of current events. When some actions were finally taken and a state of emergency declared, it may have been too late to alter the perception that he was no crisis manager. That played right into the hands of opponents who have always tried to label him as incompetent.

Much of the criticism of Trump is motivated by partisanship. Yet his inability to assume a stance in which he could appear above the fray and manage the crisis is his own fault. He is now paying a price for his misjudgments and inability to stop viewing everything solely through a political lens. With the virus collapsing economic markets and the country going into a near lockdown, Trump’s re-election prospects have clearly been damaged.

By contrast, Netanyahu dove into the coronavirus crisis with the zeal of an experienced war leader. While Trump at times seemed to want to downplay the danger so as to deny his foes a talking point, Netanyahu was, if anything, inclined to highlight the danger. He assumed the familiar role of Israel’s crisis manager-in-chief and skillfully implemented a series of measures that gave the Israeli public the perception that their country’s leadership was not overwhelmed by the enormous problem they were obliged to confront. And he did so while taking the usual pot shots at his tough stance.

While Trump seemed to be treating the virus at times as primarily a political problem and Netanyahu was playing the technocrat, it was the Israeli that seems to have reaped a political benefit from what has happened.

While his political opponents have been united by their hatred for Netanyahu, his latest star turn as a dependable national leader has made them seem petty. While some of their criticisms of him have merit, the crisis gave the prime minister the chance to remind Israelis why—whatever they might think of him personally—the nation always seems in good hands when he’s in charge. Throw in Blue and White leader Benny Gantz’s astonishing embrace of the anti-Zionist Joint Arab List as potential coalition partners even in a national emergency government, and it’s clear that Netanyahu has regained in the upper hand in the coalition standoff in which he had appeared to be in trouble only a week ago.

The ultimate outcome of the coronavirus pandemic is still far from clear, as is the political fallout from the crisis it has generated in either country. In spite of what has transpired, the familiar triumphal proclamation of Trump’s opponents that he is finished may prove premature and incorrect. And Netanyahu’s legal problems may ultimately take him down in spite of his skill in both governance and politics. But the last seven days have shown just how superficial and wildly inaccurate the comparisons between Trump and Netanyahu have been. 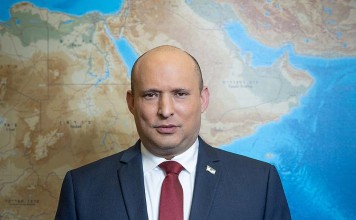