The World Health Organization has declared the new COVID-19 variant identified in South Africa, B.1.1.529 to be a “variant of concern, named Omicron.”


The WHO said in a statement the new strain is “highly transmissible” and in the same category as the Delta variant, now the most prevalent around the world. Early evidence suggests an increased risk of reinfection, the health agency said.

Israel has identified at least four cases of the new variant in the country, including one person who had already received a third, booster shot of COVID-19 vaccine.

Prime Minister Naftali Bennett said in a live address on Friday, “We are currently on the verge of a state of emergency,” adding the variant has “arrived at a very complicated time,” coinciding with the Hanukkah vacation, during which young unvaccinated children are out of school and moving around the country with their parents.

The fact that a vaccinated person has been infected with the new variant “doesn’t mean the vaccines are no good (against the new variant). It might mean they are effective to a certain degree,” Bennett said.

However, Israel has tightened its entry regulations in hopes of preventing or at least reducing a new wave. “All African countries . . .with the exception of North Africa are listed as red, and all Israelis returning from these countries must adhere to a scrupulous quarantine,” Bennett added. The quarantine rule applies to those who have arrived in the past two weeks as well.

This article was posted from New York prior to the start of the Sabbath. 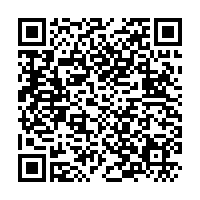