There have been many statements by President Trump that indicate he sees himself as the new sheriff in town with respect to a whole range of issues, including, very prominently, U.S. Middle East policy and the role of the United Nations in international affairs.

So it should not have been surprising that Mr. Trump’s newly minted ambassador to the UN, former South Carolina governor Nikki Haley, would seek an early opportunity to let everyone know about the new order of things at the UN regarding Israel, as far as the U.S. is concerned. And she did not disappoint.

In a briefing immediately following her first monthly Security Council meeting on Middle East issues, she described the experience as “a bit strange” and proceeded to explain why.

“The Security Council,” she said, “is supposed to discuss how to maintain international peace and security. But at our meeting on the Middle East, the discussion was not about Hizbullah’s illegal build-up of rockets in Lebanon,” nor was it “about the money and weapons Iran provides to terrorists,” nor “about how we defeat ISIS,” nor “how we hold Bashar al-Assad accountable for the slaughter of hundreds and thousands of civilians.”

The meeting, she said, “focused on criticizing Israel, the one true democracy in the Middle East.”

And then she warmed up to her message:

“I’m here to say the United States will not turn a blind eye to this anymore. I am here to underscore the ironclad support of the United States for Israel. I’m here to emphasize the United States is determined to stand up to the UN’s anti-Israel bias. We will never repeat the terrible mistake of Resolution 2334 and allow one-sided Security Council resolutions to condemn Israel. Instead, we will push for action on the real threats we face in the Middle East.”

Plainly, the Trump administration has no intention of acquiescing in the UN’s continuing attempts to thwart the interests of the United States and Israel at the insistence of countries of second or third rank that seem to have taken effective control of the international body despite their feeble military and economic resources.

Ambassador Haley: UNWRA Can Stay, But Must Offer Accurate Number of Refugees 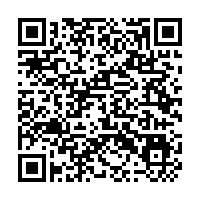