The Yazidi in Iraq and the Christian Copts in Egypt are not “occupiers” or “settlers;” neither are the Jews in Israel. They are both victims of a common enemy that seems to want a Middle East free of non-Muslims.

The current Palestinian narrative is that all Muslims in Palestine are natives and all Jews are settlers. This narrative is false. There has been a small but almost continuous Jewish presence in Palestine since the destruction of Jerusalem by Rome two thousand years ago, and, as we will see, most of the Muslims living in Palestine when the state of Israel was declared in 1948 were Muslim colonists from other parts of the Ottoman Empire who had been resettled and living in Palestine for fewer than 60 years.


There are two important historical events usually overlooked in the Arab-Israeli conflict.

One is the use that Muslim rulers made of the jizya (a discriminatory tax imposed only on non-Muslims, to “protect” them from being killed or having their property destroyed) to reduce the quantity of Jews living in Palestine before the British Mandate was instituted in 1922. The second were the incentives by the Ottoman government to relocate displaced Muslim populations from other parts of the Ottoman Empire in Palestine.

Until the late 1800s entire ancient Jewish communities had to flee Palestine to escape the brutality of Muslim authorities. As Egyptian historian Bat Ye’or writes in her book, The Dhimmi:

“The Jizya was paid in a humiliating public ceremony in which the non-Muslim while paying was struck in the head. If these taxes were not paid women and children were reduced to slavery, men were imprisoned and tortured until a ransom was paid for them. The Jewish communities in many cities under Muslim Rule was ruined for such demands. This custom of legalized financial abuses and extortion shattered the indigenous pre-Arab populations almost totally eliminating what remained of its peasantry… In 1849 the Jews of Tiberias envisaged exile because of the brutality, exactions, and injustice of the Muslim authorities. In addition to ordinary taxes, an Arab Sheik that ruled Hebron demanded that Jews pay an extra five thousand piastres annually for the protections of their lives and property. The Sheik threatened to attack and expel them from Hebron if it was not paid.”

The Muslim rulers not only kept the number of Jews low through discriminatory taxes, they also increased the Muslim population by providing incentives for Muslim colonists to settle in the area. Incentives included free land, 12 years exemption from taxes and exemption from military service.

“By the early 1800s the Arab population in Palestine was very little (just 246,000) it was in the late 1800s and early 1900s that most Muslim Colonists settled in Palestine because of incentives by the Ottoman Government to resettle displaced Muslim populations because of events such as the Austro-Hungarian Occupation of Bosnia-Herzegovina, the Crimean War and World War 1. Those events created a great quantity of Muslim Refugees that were resettled somewhere else in the Ottoman Empire… In 1878 an Ottoman law granted lands in Palestine to Muslim colonists. Muslim colonists from Crimea and the Balkans settled in Anatolia, Armenia, Lebanon, Syria and Palestine.”

Justin McCarthy, a professor of history at the University of Louisville, writing in his Annotated Map, “Forced Migration and Mortality in the Ottoman Empire,” also notes that there were about five million Muslims displaced due to the Austro-Hungarian occupation of Bosnia-Herzegovina, the Crimean War, Balkan wars, the Turkish war of independence and World War I.

Sergio DellaPergola, from the Hebrew University of Jerusalem, in his paper “Demography in Israel/Palestine: Trends, Prospects and Policy Implications,” provides estimates of the population of Palestine in different periods. As the demographic data below shows, most Muslims living in Palestine in 1948 when the State of Israel was created had been living there for fewer than 60 years:

Have the Yezidis Been Forgotten by the International Community?

After Leader Killed, ISIS Threatening to Kill Obama and Christians 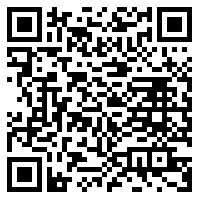