This week, the leaders of the Palestinian Authority decided to take action. It wasn’t to reform their corrupt government, make progress toward genuine peace, or anything else that might improve the plight of their people. Instead, they’re going to sue Britain over the 1917 Balfour Declaration. It’s no joke. The Palestinians are serious about legal action to undo a historical document. The plan is the brainchild of PA leader Mahmoud Abbas and was announced by Palestinian Foreign Minister Riad Malki. They are asking Arab states to support them and plan to launch the suit in an as yet unnamed international court.
Is this a publicity stunt intended to buttress their campaign to get the United Nations to recognize their independence without first making peace with Israel? Maybe. Perhaps they think some court in an increasingly anti-Semitic Europe might actually rule in their favor. But though walking back a century of history is pretty much the definition of futility, this effort not only speaks volumes about the inanity of Palestinian politics, it also demonstrates why peace is not possible for the foreseeable future.


The Balfour Declaration was a brief statement issued in a public letter in which the British Foreign Secretary Arthur Balfour said the following:

His Majesty’s government view with favour the establishment in Palestine of a national home for the Jewish people, and will use their best endeavours to facilitate the achievement of this object, it being clearly understood that nothing shall be done which may prejudice the civil and religious rights of existing non-Jewish communities in Palestine, or the rights and political status enjoyed by Jews in any other country.

The text didn’t commit the British to building a Jewish state and also pointedly including language that protected the rights of Arabs living in an area that today encompasses all of Israel, the West Bank, Gaza, and Jordan. By 1917, Jews had already begun to return to their ancient homeland (from which they had never completely departed) in large numbers, but Balfour’s letter was the first formal recognition by a great power of the justice of the cause for which Zionists had been working the previous 20 years and for which Jews had prayed for 2,000 years.

It’s true that the British decision to back the Zionists was as much the result of London buying into anti-Semitic myths about Jewish power (that would presumably solidify U.S. support for the war against Germany as well as keeping Russia in the fight) as it was also philo-Semitism and sympathy for Zionism on the part of men like David Lloyd-George and Balfour. The British promise led to the creation of a Mandate for Palestine by the League of Nations after World War I that was tasked with facilitating the creation of a Jewish national home. That’s why Palestinians who rejected any idea of sharing the land a century ago as much as they do today regard the declaration as the start of all their troubles.

The irony is that while the Arabs are seeking legal redress against Britain for setting in motion the process that led to Jewish statehood, the truth is that they soon betrayed their promise to the Zionists. By 1939, Britain had shut the gates to Palestine to Jews fleeing Hitler, a move that might have destroyed the growing Jewish polity and doomed millions to die in the Holocaust.

But even if we ignore that historical fact, the real blame for the plight of the Palestinians (a term that only began to be associated with Arabs rather than Jews after the birth of the State of Israel in 1948) belongs to their own leadership. They rejected every offer of partition from the 1930s to the current day. Instead, they choose war and with each defeat their share of the country decreased. Nevertheless, they were still offered a state in almost all of the West Bank, Gaza, and a share of Jerusalem by Israel and rejected each one. If they are seeking intervention by the UN or international courts, it is only because they refuse to engage in direct negotiations with the Israelis. Doing so would require them to make peace and end the conflict for all time.

But there is more to this than just a diplomatic evasion. By focusing on Balfour and treating it as illegal, what the Palestinians are doing is rejecting the very legitimacy of the Jewish presence anywhere in the country. It is not for nothing that Abbas has often referred to pre-1967 Israel as being occupied territory rather than just the West Bank.

For years, those intent on pressuring Israel into making more territorial concessions to the Palestinians have tried to claim that “moderates” like Abbas truly want peace. But every peace negotiation or Israeli gesture such as Ariel Sharon’s withdrawal of every soldier, settler, and settlement from Gaza in 2005 hasn’t budged the Palestinians from the same intransigent position they’ve held since they rejected Balfour, the Mandate, and the 1947 UN partition plan.

So rather than merely a nonsensical diversion into fantasy, the Palestinian lawsuit illustrates the plain fact that their goal remains reversing the verdict of history altogether; not merely a demand for an Israeli pullout from the West Bank and Jerusalem. This reflects the state of Palestinian public opinion and the fact that their national identity has remained intrinsically tied to the century-old war against Zionism. Not until they give up this futile quest will peace be possible–something that the majority of Israelis already understand but which has eluded the U.S. government and many liberal American Jews.

As the Obama administration and the Europeans plot their next move to pressure Israel into making the same mistake in the West Bank that Sharon made in Gaza, they ought to be paying attention to the signals Abbas is sending to the world. So long as the Palestinians are still trying to erase Balfour, the idea that they are prepared to accept the state of Israel is the real joke. 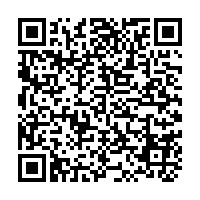