The most likely “bomb” that Palestinian Authority chairman Mahmud Abbas said he will drop at the end of his speech in the United Nations later this month is a declaration that the PA is an independent country.

Speculation that his bomb will be the announcement of the extinction of the Palestinian Authority or the end of the Oslo Accords does not stand to reason. He has resigned or threatened to resign several times, so officially doing so from the podium of the United Nations would not even qualify as a stink bomb.


As for the Oslo Accords, officially breaking them also would not mean anything. The Agreement exists only as an historical record of one the modern history’s most ignorant, ill–conceived and poisonous ideas, a document that hypnotized the world to grant arch-terrorist Yasser Arafat the Nobel Peace Prize.

Israel Shield wrote here yesterday that Abbas’ “bomb” will be“to say he accepts Israel as the Jewish State and proclaim he is willing to negotiate a full and extensive deal based on the 1967 borders.”

I don’t know if the writer was being funny or serious, but in either case, “Mr. Shield,” Abbas never would make such an announcement unless he wanted one of his brethren to shoot his brains out.

Yes, it would make sense for Abbas to declare Israel as a country for the Jews. It would be a cunning concession that would shut up Prime Minister Binyamin Netanyahu, who has baited Abbas several times to make such a statement.

No, Abbas won’t do it because taking a step backwards in order to take two steps forward is forbidden in the Arab world when it comes to dealing with Israel. That is why Arafat did not grab the insane offers of former Prime Ministers Ehud Barak and Ehud Olmert, one a suspected crook and the other a convicted crook, to give away all of the land it wants, for the time being, except for 3 percent of it.

The Arab world has never given up on its single-minded goal to erase Israel as a Jewish state. Despite the help of Britain during the period of the Mandate, it was not able to prevent the re-establishment of the State of Israel.

Instead of accepting the United Nations’ recognition of Israel with the Partition Plan’s indefensible borders that would have made it easier for them to overrun the tiny country, the Arabs eagerly threw all their ammunition and weapons against Israel to try to annihilate it immediately. They ended up with the 1949 “Temporary Armistice Lines” that gave Israel much more territory than under the Partition Plan.

Israel overcame economic hardship, undeclared war by Egypt and constant Arab raids until the Six-Day War in 1967, when Israel foiled the attempt by seven surrounding Arab states to finish off the Jews.

Abbas is an Arab Muslim and thinks like one, but he also is a brilliant though narrow-minded politician and magician who has hypnotized the world to accept him as man of peace at the same time he and his regime extol hate, venom and terror against Israel.

When he succeeded Arafat in 2005, he presented a new image of a Palestinian Authority leader, replacing the gun on the holster with a suit and tie. Abbas traveled around the world dozens of times, picking up diplomatic support from every continent and establishing embassies that helped convince politicians and media that the PA is a state for all intents and purposes.

All that was lacking was Israel’s agreement to his conditions, which one by one dropped off as topics of “negotiations” as provided by the Oslo Accords and various declarations by the Bush and Obama administrations. 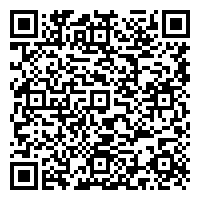