Early this month, the French weekly magazine Le Nouvel Observateur devoted a cover article and several other articles to the phenomenon of the rising anti-Semitism in France. The magazine referred to several incidents of anti-Jewish violence during the previous weeks. The Council of Jewish Institutions in France (CRIF) keeps track of anti-Semitic incidents. In the last decade, the number rose well above 300 incidents per year. In 2010, there were 466 incidents. In 2011, there were 389. However, 2012 will break the record. During the first five months of 2012, already 268 incidents of hatred against Jews have been reported. In certain neighborhoods of Paris, Marseille or Lyons it is no longer safe for Jews to walk the streets.

Young Jews in particular are made to suffer for their Jewishness. Le Nouvel Observateur relates how Elie M., a 12-year old Jewish Parisian, told his parents that he wants to have his name changed because he is being called “dirty Jew” at school.


On 26 March, an 11-year old Jewish boy was hit in the face in front of his school in Paris by a man who was screaming “Dirty Jew.” That same day, in the Rhone Valley, youths threw stones at a rabbi. On 30 April, two Jewish boys were beaten up in Marseille by an aggressor shouting: “We support the Palestinians. You will be killed, you will be exterminated.” On 8 June, a Jewish adolescent was beaten up by three youths who were shouting anti-Semitic insults. In early June, three Jews were attacked by a gang who hit one of the Jews on the head with a hammer.

On 5 July, the very day that the Nouvel Observateur was published, a 17-year old Jew was beaten up in a train near Toulouse because he was wearing a necklace with a Star of David. The aggressors were two 18-year old Frenchmen of North African origin who had just applied to join the French army. The victim was a student at the same Jewish school where last March the jihadist Mohammed Merah murdered a rabbi and three children.

Mohammed Merah, the Nouvel Observateur points out, has become a role model for many young French of Islamic origin. In many French schools, incidents occurred while a minute of silence was being observed for the victims of the Jewish school in Toulouse. Iannis Roder, a teacher of history and geography in Saint-Denis near Paris, confirmed in the magazine that anti-Semitism is rising in French schools and that almost always the anti-Jewish venom is coming from Islamic youths. As soon as the Holocaust is mentioned in class, or whenever lessons deal with a historic French figure who is Jewish, such as Léon Blum, Muslim pupils start making anti-Jewish remarks.

While the culprits of anti-Semitic acts are predominantly Muslims, analysts point out that there are some unsettling similarities with the European anti-Semitism of the 1930s. As then, anti-Semitism goes hand in hand with anti-Americanism. As then, the Jews are depicted as rich and powerful capitalists who manipulate the media and rule the world through their money — a bizarre assertion when one considers that today Arab plutocrats control so many Western media outlets.

According to Muslim youths interviewed by the Nouvel Observateur, of every meal bought at McDonalds one euro is paid by McDonalds to the Israeli army. Coca Cola, too, is part of the Americo-Jewish plot as its logo, when read from back to front, allegedly reads: “No to Allah, no to the Prophet.” This information, they claim, is well known, although it will never be heard on French television because French television “belongs to the Jews.”

Because of the rising anti-Semitism, many Jews no longer send their children to public shools. The number of children in Jewish schools has increased to 30,000 and is growing every year. Many of the 600,000 Jews in France no longer feel safe in the country. “People ask themselves whether they should stay,” says Sammy Ghozlan of the National Bureau of Vigilance Against Anti-Semitism, a French Jewish organization. Young Jews dream of a safer future in the United States or Israel.

Unfortunately, the situation in other West European countries is grimly similar to that in France. Last month, the Italian journalist Giulio Meotti wrote an article about the plight of the Jews in Italy. He described how synagogues and Jewish schools in Rome are protected by cameras, metal detectors, security guards and police officers, while their windows are plumbed with iron grates like the Jewish homes of Hebron and the schools of Sderot. 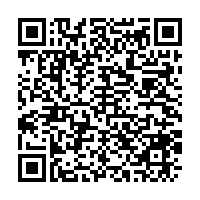