One wonders how the other day New Delhi chose to back the decision of the UN Human Rights Council to launch a commission of inquiry into Israel’s military offensive in Gaza . The Palestine-drafted resolution was adopted through a vote at the Council.  It  saw India along with other Brics nations condemn Israel’s ‘disproportionate’  use of force and the large-scale killing of civilians in Palestine.  UN High Commissioner for Human Rights Navi Pillay even branded Israeli military actions in Gaza as amounting to war crimes.

New Delhi’s behaviour at the UNHCR  was in sharp contrast with how,  earlier,  India’s  Minister of External Affairs Sushama Swaraj and Parliamentary Affairs Minister M Venkaih Nadu both had rejected  the Opposition’s demand in Parliament to condemn Israel’s ongoing air and artillery bombardment on the Gaza Strip . Minister Swaraj said, “ any discourteous reference to any friendly country would affect relations.”  She announced in India’s Upper House ,  “We fully support the Palestinian cause while maintaining good relations with Israel.”


Rebutting the Opposition’s call for suspension of all military purchases from Israel and taking the issue of the on-going Israeli action against Haman in the Gaza Strip to the United Nations, she argued that the present conflict in Gaza could have been ended and peace restored by now if Hamas had accepted the ceasefire proposal from Cairo.

Pertinently, Minister Swaraj also had a dig at a communist member in the House who called for suspending arms purchases from Israel on the issue of the present conflict . She asked him why his party, which was supporting the UPA-I , had not made such a demand in 2008 when 1,400 Palestinians were killed and then later in 2012 when there was another spurt of violence.

Given this difference in the approaches of the Government in Parliament and at the Rights Council, there appears to be some kind of lack of understanding on the part of New Delhi . New Delhi ought to appreciate the  sensitivities of Jerusalem today.  Ever since Israel was founded , it has stood by India  during all its major crises , including the 1971 Pak-Indo war and the 1999 Kargil conflict  . After New Delhi established full-fledged diplomatic ties with Jerusalem,  relations between the two nations have flourished in different sectors .  Nothing should be done to put them off track.

New Delhi  would do well to remain aware of the predicament of Israel today. This only developed democracy in the Middle East has suffered a lot at the hands of Hamas , a notorious terrorist organization with a charter based on the fanatic ideology of hatred and violence  against vast sections of humanity, including women .

Hamas has had no history of faith in peace and development in the region. It is for dismantling the state of Israel completely. It has fired more than 12.000 rockets at Israeli towns since 2005 and indulged in dozens of other terror attacks on civilians in the country. According to a Middle East expert,  since 2007  it has built a maze of underground concrete bunkers and tunnels underneath the residential areas of Gaza . Its sole  purpose has been to enable the Hamas command structure to reside safely underground while their armed forces conduct a mobile defense against Israeli forces. This enables surprise attacks on the IDF units from different directions, allowing the attackers to then disappear again underground to emerge and attack somewhere else.

Given this background, Israel seems to have been left with no option but to retaliate against Hamas in the Gaza Strip  and use all means at its disposal to protect its citizens, Jews, Muslims and others alike,  in the region.  Needless to mention, Hamas has made it amply clear by its recent behavior as well that it has  no genuine intention of returning to the cease-fire of 2012.  Hamas has continued   firing its  rockets after rejecting  the Egyptian cease-fire proposal.  It has cared a fig also for  the humanitarian cease-fire initiated by the United Nations  .

New Delhi would do well also to bear in mind that the ideology of  Hamas is for the elimination of whoever does not subscribe to  its fanatical version of a great religion. Its linkages are spread all over the world .  As such it poses a threat to pluralist India too. There are already reports that  the masked supporters of the Hamas (and the Islamic State of Iraq and Syria ) have of late marched through streets in Srinagar, capital of India’s province of Jammu and Kashmir .

Germany: ‘We Know Nothing’ of Israel’s Deal With UNHCR to Accept African Infiltrators 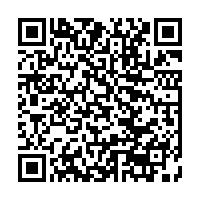