The man who has led the Israel Antiquities Authority (IAA) into the future of hi-tech since November 2000, Shuka Dorfman, passed away today (Thursday) at 64 after a serious illness.

He will be laid to rest Friday at 2 pm in Gedera.


Dorfman served his country as a military attache to South Korea and Japan following an honorable discharge from the IDF as Israel’s top artillery officer, then worked in the private sector until he accepted the directorship of the Israel Antiquities Authority.

Just 18 months ago, Dorfman was responsible for uploading 5,000 images of the famed Dead Sea Scrolls to an Internet library in a partnership with Google. One year prior, the Israel Museum collaborated with Google in a similar project to upload five of the scrolls to the Internet.

“We have succeeded in recruiting the best minds and technological means to preserve this unrivaled cultural heritage treasure which belongs to all of us, so that the public with a touch of the screen will be able to freely access history in its fullest glamour,” Dorfman exulted at the time.

Only five conservators worldwide are actually authorized to handle the Dead Sea Scrolls, he noted. But, “now everyone can touch the scroll on screen around the globe.”

It was Dorfman who was responsible for the Spice Route, Masada and Akko being designated as UNESCO World Heritage sites. His vision and understanding that technology would shape the future enabled the Authority to upgrade its rate of rescue excavations to ensure that archaeological excellence would not be abandoned in the headlong rush to complete development projects. As a result, numerous archaeological sites were made available for public access that might otherwise have simply been ground into dust. 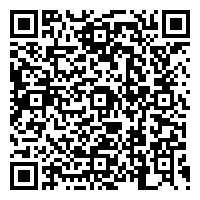