The crisis in Egypt is deepening, and both sides of the conflict are becoming increasingly entrenched in their positions. The fatalities that have occurred among Mursi supporters as well as among the military people causes both sides to act on the basis of their hearts and emotions, and not from logic. Both sides think “We’ll show them” and “we will break them”, the Egyptian public scene is crashing, representatives of foreign companies are leaving in droves, and everyone blames everyone else for the miserable situation.

The vice president, Mohamed al-Baradei, resigned and fled the country, because he saw that Egypt is sliding into a swamp of blood, fire and tears, where dozens of people are killed in the streets every day, the economy is collapsing, and the solution to Egypt’s problems seems farther away than ever. Al-Baradei may be put on trial for treason because he fled from Egypt and evaded his responsibilities.


The army detained Mohammed Badie, the Supreme Guide of the Muslim Brotherhood organization, for two weeks, suspected of inciting the masses to violence and bloodshed. If he actually is put on trial, the Brotherhood and their supporters will most likely not stand by passively and watch, but will envelop the country in another wave of violence.

Another very disturbing phenomenon has been happening recently – the destruction of museums and the theft of antiquities. Some thieves steal exhibits in order to sell them for a small fortune on the black market to collectors; mainly gold coins, statuary and sarcophagi, which were recovered from ancient tombs from the days of the pharaohs. But along with the theft is another phenomenon: the destruction of exhibits, vandalism for its own sake, stemming from the deep hatred that radical Muslims feel toward the cultures that preceded Islam, and especially the Pharaonic culture which Islam considers to be heretical. We saw something similar in March of 2001 in Afghanistan, when the Taliban destroyed the two enormous statues of Buddha in Bamiyan Valley.

The international sphere is also undergoing a major shake-up: the United States’ plan to put the Brotherhood in power has failed, but the White House and the State Department continue to issue pronouncements of support for the Muslim Brotherhood and objects to the army’s actions, including the arrest of Badie. It may be that Mubarak will be freed from the defendant’s box and the heads of the Muslim Brotherhood, Mohamed Mursi and Mohammed Badie, will take his place. It seems like Washington fell asleep on the 30th of June and still has not awakened to the new situation.

General al-Sisi and his comrades are not giving in to American pressure, and despite the good relations between the Egyptian military and the United States, al-Sisi refuses to accept Obama’s calls, and when the Americans issue declarations opposing the army’s acts, al-Sisi becomes angry. He places his definition of Egyptian interests over Obama’s definition of Egyptian interests. Al-Sisi sees the dismal failures of the United States Middle East policy in Iraq, Afghanistan, Libya and Iran, and he understands that he should not allow the Americans to influence events in Egypt, otherwise it may become another link in the chain of failures.

However, even al-Sisi will not be able to forestall the waves of terror, which might bring Egypt to a state similar to that in Syria or Iraq. The neighboring countries – Libya and Sudan – as well as the Sinai Peninsula, are full of weapons of all sizes and types, and the border with these states is long and porous. Egypt could become a magnet for jihadists from the entire Muslim world, who will want to enforce Islam on the country exactly as they did in Afghanistan, in Iraq, in Syria and in Libya. Egypt may also become a victim of “international terrorism”, with car bombs, suicide attacks, assassinations of senior figures, attacks on military bases, trains, bridges (and there are many in Egypt), electrical lines and dams. Egypt could become a hell for its residents, especially for the Christian Copts, who are already trying to figure out how they can continue living in a country where about sixty churches were burned down in the space of one week .

The world had better get used to the scenario of radicalization and escalation of the internal situation in Egypt, so that they will not be surprised when it happens, and I hope that I may be proven wrong. 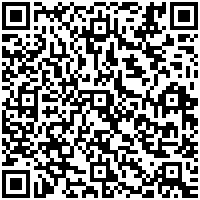