The Democratic presidential campaign this week issued its “Joe Biden and the Arab American Community: A Plan for Partnership” agenda, which focuses on reversing many of President Donald Trump’s anti-Muslim policies, but also restores the traditional, Democratic party approach to Israel-Arab relations over in the old country.

Biden’s Arab manifesto suggests “anti-Arab bigotry has been used in attempts to exclude, silence, and marginalize an entire community, and Biden believes it must be rejected whenever it surfaces, including when it emanates from elected officials or those seeking public office.” And so, “On day one, Joe Biden will rescind the un-American Muslim travel and refugee bans and will cease the immoral family separation policy.” Because “prohibiting the populations of entire countries from coming to the United States is morally wrong, does not make our nation more secure, and is yet another abuse of power by the Trump Administration.”

Biden will also rescind Trump’s policy that makes foreigners’ ability to extend their visas or receive permanent residence status hinge on whether they used government benefits such as SNAP or Medicaid.

And, if elected, the Biden-Harris administration “will confront discriminatory policies that single out Arab Americans and cast entire communities under suspicion.” This includes the part where Joe Biden will instruct the Department of Homeland Security to undertake a review of the “watchlist” and “no-fly list” processes, “to ensure that they do not have an adverse impact on individuals or groups based on national origin, race, religion or ethnicity, and improve the process to remove names, when justified, from these lists.”

The plan goes on in this fashion for a while, promising legitimate reversals the Trump immigration policies, as well as addressing the worries of Arab Americans in a country that has gone a little cuckoo in the past year or so. And then, Joe Biden promises to help “the people of the Arab world address the challenges they face, whether they are rising up in protest, suffering from repression, or living through civil war.”

Let’s all hope Joe – who understands foreign policy and the Middle East much better than his former boss did, the latter having set the region on fire for some unfathomable reason – does not abandon the enormous project at home, fighting the pandemic and healing the economy, in favor of another Al Azhar speech that would detonate barrels of TNT from India to the Atlas mountains of Morocco.

With that in mind, yours truly was not delighted to find the following paragraph in the Biden Arab declaration, and we should all hope it was the cynical insertion of a crafty politician and not an actual promise from a wide-eyed American politician, because he promised that “a Biden Administration’s relationships with Middle Eastern states led by authoritarian leaders will take into greater consideration human rights and democratic principles. It undermines our moral standing globally, and endangers dissidents, when President Trump excuses Saudi abuses, panders to authoritarian leaders, or calls Egypt’s president ‘my favorite dictator.’”

Which brings us to the Holy Land. So, here are the parts that matter in the Biden declaration to the Arabs:

Joe Biden believes in the worth and value of every Palestinian and every Israeli. He will work to ensure that Palestinians and Israelis enjoy equal measures of freedom, security, prosperity, and democracy. His policies will be grounded in a commitment to a two-state solution, where Israel and the future viable state of Palestine will live together in peace, security, and mutual recognition. Biden opposes any unilateral steps by either side that undermine a two-state solution. He opposes annexation and settlement expansion and will continue to oppose both as President. As President, Biden will take immediate steps to restore economic and humanitarian assistance to the Palestinian people, consistent with U.S. law, including assistance to refugees, work to address the ongoing humanitarian crisis in Gaza, reopen the U.S. consulate in East Jerusalem, and work to reopen the PLO mission in Washington.

Joe Biden will protect the constitutional right of our citizens to free speech. He also does not support efforts by any democracy to criminalize free speech and expression, which is why he spoke out against Israel’s decision to deny entry to American lawmakers because they favor boycotting Israel. However, Biden has been unequivocal in condemning calls in the United States to boycott, divest from, and sanction Israel.

Let’s face it, without the Arab American community, Joe Biden cannot win the state of Michigan, and he could use their help in Ohio, too. He certainly can’t make them his enemies at this point, when President Trump is tightening the gap between the two candidates.

There’s no doubt Joe Biden would be a return to business as usual regarding his administration’s approach to the Israeli-Palestinian conflict. Let’s hope the harsh realities at home will keep him busy long enough to give up the Nobel Peace Prize every American president yearns for, on the backs of a few hundred thousand Jewish settlers (I’m looking at you, Jared Kushner).

Biden will not reverse the embassy move – it’s there to stay. He will not mess with US military aid to Israel. But he just has to win Michigan in November. 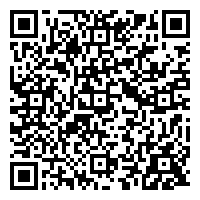