A Short History of the Muslim Brotherhood

In 1928, group of Islamist zealots established the Muslim Brotherhood movement in response to the challenges that were presented by new trends that rocked the cultural life in post-WWII Egypt. In those days Egypt was under British occupation and Britain pulled on the strings of power as it pleased, in an effort to steer the society in a secular, Western direction. As a result, new socio-political trends emerged in Egyptian society: there were those that saw the Egyptian character as based on Pharaonic heritage (a symbol of heresy in Islam) as the source of inspiration of modern Egypt; others saw the Arab nation (of Muslims, Christians, Jews and others, all of whom speak Arabic) as the province of affiliation; and there were also those who saw the Greek (Alexander, Ptolemy) and the Roman (Cleopatra) past as the source of European identity of the Egyptian people. All of these trends were anti-Islamic, and the Brotherhood – headed by the founder of the movement, Hassan Al-Banna – saw the occupation by the Christian, wine-drinking and pork-eating British, as the source of all the cultural problems of the Land of the Nile, so they placed the struggle against the foreign occupation at the top of their priorities.

However, physical occupation is only part of the problem, because the culture of the foreign occupiers, principally the innovations that they brought into Egyptian society regarding the status of women, their manner of dress and the question of their integration in the public arena, was perceived as a threat to the stability of the global moral values of Islam. Therefore the Brotherhood saw the purification of Egyptian society from the influence of Western culture as a secondary task, that in their opinion is rotten corrupt, permissive and not suitable to Islamic society. The struggle over the culture placed the Brotherhood in conflict with the new socio-political theories about the source of collective inspiration of the Egyptian people, which is noted above. In answer to all of these trends the Brotherhood claimed that “Islam is the Solution”; it is forbidden for a Muslim society, whose guide is on high, to search among other cultures for solutions and arrangements that are the mere works of man.

The third task that the Brotherhood took upon themselves is to prove that indeed “Islam is the solution,” by imposing Islamic Shari’a in all areas of life, private, family, political, economic and diplomatic. This task, which aspires to impose the rules of Islam on the politics and the state, has created the concept of “political Islam” in contrast to other religions, which separate between religion and state. The slogan of the Brotherhood is “God is our objective, the Qur’an is our law, the prophet is our leader, jihad is our way and death in the name of Allah is our supreme aspiration.” The symbol of the organization expresses this ideology well: the color of green represents Paradise, two swords in the center express the two basic avowals of Islam – there is no god but Allah, and Muhammad is his messenger – and one word, which appears in the Qur’an just once, written above: “Wa-aidu” – “and prepare.” This word is the beginning of the passage from the Qur’an (chapter 8, verse 59) “and prepare” whatever you can of your strength and your harnessed horses in order to impose fear (=terror) in the hearts of Allah’s enemy and your enemies.” Zealots of Islam implement these ideological and practical components and of the Muslim Brotherhood movement at all times and in all places, according to prevailing conditions. This is why there are “daughter movements” of the Brotherhood almost in all places of the world, for example in Syria, in Jordan, in the Palestinian Authority (Hamas), in Tunisia (al-Nahda), in Israel (the two branches of the Islamic Movement), in Europe and on every other continent. States which are not Islamic and are ruled by a non-democratic regime (China and Russia) do not allow activity of political Islam at all. In the states where these organizations are active, there is usually a covert struggle at the red lines that the state delineates for their activities, because they see them as organizations whose goal is to undermine the stability of the regime and the ideological womb from which they were spawned are terrorist jihad organizations. 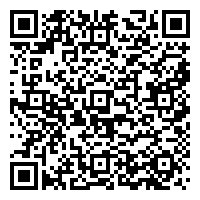