Last May, the Cour de Cassation, the Supreme Court of France, ruled that calls for a boycott of Israeli products constitute discrimination and as such are illegal under French law.

The verdict was the final ruling in a legal battle that went on for years. On 9 July 2005, exactly seven years ago, the Palestinian Authority called for a worldwide Boycott, Divestment and Sanctions (BDS) Campaign against the Jewish State. In February 2009, following the Gaza War in the winter of 2008-2009, several leftist and pro-Palestinian organizations in France convened to organize a French BDS campaign. The activists target French and international corporations that do business in Israel, French branches of Israeli companies, and supermarkets selling Israeli products.


Supermarkets are raided by commando units who block the entrances or storm the premises in order to remove the Israeli products or label them with stickers stating that Israel is an “apartheid state.” Often the raids are videotaped and posted on YouTube. The French revolutionary Left considers BDS to be a huge political success. The BDS actions attract a lot of support from Muslims youths from the suburbs surrounding the French cities. It is the first time since the 1960s and 70s that the French Left has been able to mobilize large numbers of youths.

BDS activists have succeeded in intimidating a number of supermarkets to remove Israeli products from their shelves, movie theaters to stop programming Israeli movies, and universities to cancel lectures by Israeli citizens. The lectures were boycotted simply because of their nationality and their Jewish religion; not for the opinions they personally might have held about Israeli politics.

Soon after the BDS raids began, the French Bureau National de Vigilance Contre l’Antisémitisme (National Bureau of Vigilance Against Anti-Semitism), a Jewish organization that was founded in 2002, started to lodge complaints against BDS at courts all over France. Sometimes the courts went along with the complaints, sometimes they did not.

In February 2010, the penal court of Bordeaux convicted Saquina Arnaud-Khimoun for labeling Israeli products with the sticker “Boycott Apartheid Israel.” The court ruled that she had “hindered the normal exercise of economic activities by making a distinction on the basis of nationality.” The French anti-discrimination act of 1981 prohibits “incitment to discrimination, hatred or violence against a person or a group of persons on the basis of descent, ethnicity and nationality or the fact whether or not one belongs to a race or a religion.” Arnaud-Khimoun was sentenced to a fine of €1,000 ($1,230). In October 2010, the Appeals Court of Bordeaux reaffirmed the verdict.

However, in July 2011, a court in Paris acquitted Olivia Zémor, a member of the group EuroPalestine, for posting a video on the internet showing Palestinian and French activists wearing t-shirts calling for a boycott of Israel. Zémor was brought to court by four organizations, including the Israeli Chamber of Commerce.

The Paris court ruled that calling for the boycott of Israeli products is not prohibited under French law. The tribunal said that “Criticism of a State or its policies cannot be regarded, in principle, as infringing the rights or dignity of its nationals, without seriously affecting freedom of expression in a world now globalized, whose civil society has become a major actor, and since no ‘criminal offence against a Foreign State’ has ever been established under substantive law or international common law, because this would be contrary to the commonly accepted standard of freedom to express opinions.”

The court added that “Since the call of a boycott of Israeli products is formulated by a citizen for political motives and is part of a political debate relating to the Israeli-Palestinian conflict – a debate concerned with a matter of general interest with international significance – the offence of incitement to discrimination, based on the fact of belonging to a Nation, is not constituted.” Moreover, the court pointed out, “certain sectors of Israeli opinion support the BDS call.” In this regard, it explicitly referred to the declaration of the Israeli Women’s Coalition for Peace.

The verdict in the Zémor case encouraged Arnaud-Khimoun in her decision to bring her case to the French Supreme Court. On 22 May, however, the French Cour de Cassation reaffirmed that publicly calling for the boycott of Israeli products is a case of incitement to discrimination on the basis of nationality. 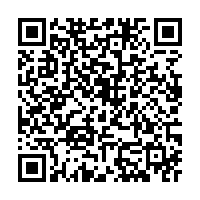