In the midst of “Operation Breaking Dawn,” the weekend-long operation earlier this month by the Israel Defense Forces against the Palestinian Islamic Jihad (PIJ) terror group based in the Gaza Strip, top Iranian officials met with Palestinian terrorist group leaders to discuss a roadmap for waging war against Israel.


On Aug. 6, during the second of the three-day offensive that saw more than 1,100 rockets fired by PIJ towards Israeli population centers, the Secretary-General of Palestinian Islamic Jihad met with Iran’s President Ebrahim Raisi and Islamic Revolutionary Guard Corps Commander Hossein Salami in Iran. Fars News Agency published segments of the conversation as a calculated move by the Iranian regime to make public its strategic approach to waging war against Israel.

According to the state media report, the conversation formulated a new roadmap on how to combat Israel. Key elements include unifying competing Palestinian factions by fueling conflict in tense areas across Judea and Samaria, and creating conditions for a multifront war to overwhelm Israel’s military and intelligence services.

While most of the report is aligned with the Iranian regime’s typical approach to the Jewish state, the report is specific in the two leader’s intentions to create unity among Palestinian factions by intensifying tensions in areas like Sheikh Jarrah, Jenin, Tulkarm, Nablus and Ramallah.

In describing the contemporary Palestinian “resistance” movement, the report claims that continuity is key because “the continuation of jihad strengthens the structure and spirit of jihad and develops technical tools, weapons, equipment, techniques, tactics and training.”

Aerial superiority and advanced military equipment, the report claims, will be of little consequence because “the infantry must set foot on the ground and liberate the land step by step.” By arming terrorists in Gaza, the West Bank and Southern Lebanon, Tehran aims to coordinate a multiple-front war against Israel that would “disintegrate the Zionist command.”

With the all of Israel in the reach of Hezbollah’s rockets and the Lebanese-based terror group’s accumulation of significant combat experience during the decade-long Syrian civil war, Raisi and Salami are optimistic about the leverage and power these proxy groups hold. Combined with the other terrorist organizations set on destroying Israel, the leaders believe that a multiple front can be opened to overwhelm Israel’s security apparatuses, involving Hamas, PIJ and the Popular Front for the Liberation of Palestine (PFLP).

The report leaves two major implications for Israeli policymakers and security officials; the potential for growing Iranian conventional capabilities and the increased likelihood that Iran will seek to exploit Israeli political divides as the Jewish state approaches another round of national elections in November.

The looming revival of the 2015 Iranian nuclear deal would pour billions into Iran’s economy. With European diplomats rushing to put together a final draft, the possibility of Iran re-entering the international community seems highly plausible, and the accompanying relief of sanctions could bring billions to the largest exporter of international terrorism.

When asked about the possible relief of sanctions, senior research analyst at the Committee for Accuracy in Middle East Reporting and Analysis (CAMERA) Sean Durns said the deal would “offer a windfall of cash to the world’s leading state sponsor of terror.”

“The Islamic Republic will use this money to continue to wage war on U.S. allies in the region, chiefly, but by no means exclusively, including Israel,” said Durns. “Jerusalem’s security challenges will heighten and expand—and not only because of a Tehran that is flush with cash. By signaling that it will ignore the concerns of its allies and aid its enemies, Washington will further erode both deterrence and its own regional standing.”

With billions more to be made once sanctions on oil exports are lifted, Tehran’s footing in the region could significantly increase, providing it with the funding to execute the strategies laid out in the report. Greater Iranian influence in the region is likely to strengthen Tehran’s ability to prepare the conditions for a multi-front war against Israel.

Durns agreed that a multi-front war is a key component of Iran’s strategy.

“Tehran excels at asymmetrical warfare; conventionally, it does not have a hope or a prayer in defeating Israel in battle,” he said. “But by using its proxies—many of whom are ensconced among human shields—the Islamic Republic is hoping to both continue and expand its efforts to destroy the Jewish state.

The report describes Israel’s political climate and security establishment as unstable, attributing these conditions to a “lacking identity and nationalism within the Zionist regime”—a perceived weakness the terror groups hope to take advantage of.

Israel’s upcoming elections in November offer Iran a window of opportunity to instigate and escalate tensions between Israelis and Palestinians, said Durns.

“Regimes like Iran are always looking to exploit fissures and periods of domestic vulnerability. It is certainly possible that Iran will view the upcoming election as an opportunity,” he said. “However, ‘Operation Breaking Dawn’ [from Aug. 5-7] also restored deterrence and sent unmistakable signals to Tehran that Israel, regardless of political party, will strike when its interests are threatened.”

Similarly, executive director of the Middle East Center for Reporting and Analysis Seth Frantzman highlighted Iran’s strategic use of PIJ. Pressure from Tehran, said Franzman, allows PIJ to launch armed conflicts against Israel that “force Hamas into unified command with it [PIJ] because Hamas does not want to lose face.”

According to Franzman, “Iran is arguing for a doctrine of diminishing returns,” in which Israel and its population could become significantly worn down by endless regional conflicts. 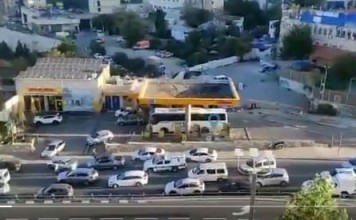 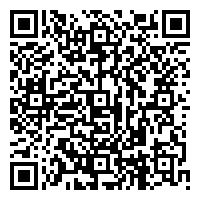