In the on-going debate over an Israeli attack on Iran, attention has largely focused over the last few weeks on Israel and America, for good reason. But what about Russia? A very senior person in the Israeli gas industry tells me: “The Russians have been poking around here for a while. Everyone knows about the Russian interest in controlling the European energy market. Do they want to buy from us, or delay our efforts? I don’t know. But they are here.”


“Eventually Israeli gas will be exported to the far east,” Ohad Marani, CEO of IDLC energy which is already drilling the Myra, said to me. For him, the question is purely economic. “In the Far East we will see three times what we see in Europe. While we won’t be able to keep the whole margin, it’s surely better than any European option, which would involve an expensive pipe.”

The senior industry veteran with whom I spoke is not quite sure. Yes, the Far East has unlimited demand (“The Japanese are lessening their reliance on nuclear, and the Chinese can never have enough”) but the European market remains relevant and we have this massive amount of gas already discovered or to be discovered. The US geological survey (USGC) estimates that gas reserves in the eastern Mediterranean amount to 345 trillion cubic feet while Russian gas reserves in Siberia are estimated at 643 tcf.

Big business! With lots of Russians having come and gone to Israel on this question, one wonders about the relationship between the gas deal and Russian involvement on the Iran question.

“the government agency that oversees Russia’s arms exports and imports… confirmed that Iran is suing Russia for damages to the tune of some $4 billion in the Court of Arbitration in Geneva for cancelling in 2010 a contract to sell five divisions of the S-300 long-range antiaircraft missile system worth an estimated $800 million to $1 billion.”

By some estimates the worth of the Levayatan gas-field might be 15 billion dollars say Gilad Alper, the gas industry analyst at the Excellence Investment house. It trades today at a price of 3 billion dollars.

Another way to look at it: Levayatan contains 473 billion cubic meters of gas. Gazprom exported 150 billion cubic meters of Gas to Europe in 2011, at a price of 384$ per thousand cubic meters – revenue of 57.6 billion dollar—this year Gazprom raised the price to 415$, an 8% increase that will generate another 4.6 billion dollar of revenue to Gazprom. What would be the cost of keeping Israeli competition neutralized? Would it be worth the cancellation of an 800 million dollar deal? Could Russian action over the missile sale and Israeli gas reserves indicate that they have come to terms with the Israeli point of view?

Prominent Americans like David Petraeus have been saying non-stop that Israel does not have the capability to destroy Iranian Nuclear capacities, and surely not Iran’s ambition to go nuclear. But if Israel can indeed delay the project while in the meantime having taken out of the picture one of Iran’s most important allies, then things might look very different from the office of Prime Minister Netanyahu. Everyone knows that Russia intends to play the ‘spoiler’ in the International arena. But this spoiler frequently has a price tag. 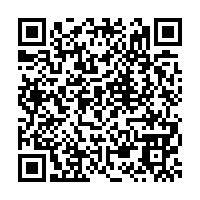