What Cyprus needs is positive help – geopolitical, regulatory, investment – to strengthen her economy.  Her banks can’t be made liquid and viable by any other method.  The Russians have descended on her over the past 20 years with entrepreneurial excitement, but they’ve done so in the context of the E.U. orientation of Cyprus.  Politically, Cyprus was on her own.  Why don’t, say, the Brits and Dutch descend on her with entrepreneurial interest, plus a political interest in building up Cyprus as a thriving European outpost?  There’s going to be a new status quo; the time to start shaping it is now.

But “E.U.-ism” is probably not constituted to do anything about that, even if some can see the need for it.  This is a big test for the E.U. concept, whose fundamental approach is to assume static political and economic conditions and increase regulation in the context of them.  In the absence of an economic surge, restructuring the Cypriot banks may briefly satisfy our ideas of financial management, but it’s basically a paperwork drill.  The E.U., as it has been practiced up to now, doesn’t have a useful answer to the Cyprus question.  We’ll be doing all this again before too long.


Originally published at The Optimistic Conservative. 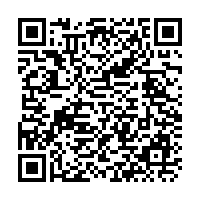