Followers of the Passover story can rightly wonder why frogs were such a terrible plague. Was God really showing His power to the Egyptians by sending against them an army of reptiles? Would the nation that would eventually produced Cleopatra, who purportedly killed herself by grabbing a poisonous snake, really have cared?

But the true plague of the frogs was how the din of their incessant ribbetting robbed the Egyptians of all peace. We who inhabit the modern world have a unique understanding of the utter agony represented by a world that is never silent.


When the United States invaded Panama in 1989 to oust General Manuel Noriega, he took refuge in the Vatican Embassy. The United States Army brought huge loudspeakers and blasted AC/DC’s “Highway to Hell” in order to drive him out of his refuge, a tactic that was also employed by the FBI at Waco.

Forty years ago John Lennon made the observation that when he grew up what was always heard in the background of homes was the soothing crackling of a fire, only to be replaced by the incessant noise of televisions that are always blaring in the background.

That noise has actually so much closer today with ear buds that pumps music directly into our eardrums. The net result is that we are rarely ever afforded any peace.

Even today harsh interrogations methods against terrorists involves keeping them up for days by constantly blasting music which drives them to the bring of insanity. Many argue that this is a form of torture.

The inability to ever shut out noise is a plague. But beyond the pain caused by the utter lack of peace there is the further consideration of the drowning out of the inner voice of conscience.

Each of us is immersed in a culture that throws various voices at us. Hollywood and the fashion industry hits us with the aesthetic voice, telling us that what most matters is beauty. Best to spend our time in front of a mirror and at a gym. Wall Street and Madison avenue hits us with the monetary voice which tells us that the most important thing in life is money and affording the material objects that will bring us pleasure. Washington and politics hits us with the power voice which tells us that the most significant thing in life is acquiring dominion over others. And the NFL and NBA hits us with the physical voice which whispers that life has meaning through great athleticism. We should be spending our time on the sports fields.

But beneath all these noises which are so central to the fabric of modern life and its aspirations is the inner voice of conscience which whispers to us that we are born for lives of compassion and goodness. It’s nice to be pretty. But it’s even nicer to be nice. It’s wondrous to be sporty and adventurous. But even more spectacular is to teach our child how to throw a spiral and catch a ball. Through doing so we grant our children a feeling of significance. It’s a blessing to be wealthy. But even more important is to live lives of charity and humility where we make others feel that they matter too.

There is no human being that is born without that voice and to the extent that it is lost it is because it is drown out by all the other voices that surround us.

The Egyptians, like all human beings, had an innate sense of morality and fair play. So how could they have enslaved a helpless people? Because the soul’s voice of fraternity and brotherhood was drown out by Pharaoh’s voice of dominion and power. As the Bible related, “Look, he said to his people, the Israelites have become far too numerous for us. Come, we must deal shrewdly with them or they will become even more numerous and, if war breaks out, will join our enemies, fight against us and leave the country.” The Egyptians allowed the foreign voice of the will to power to override the voice of sensitivity of compassion. In this sense, the racket of the frogs-plague was an external manifestation of what had already occurred. The Egyptians could no longer hear the inner song of their own souls. They could only hear the clamor of the artificial, external voice that slowly erodes our spiritual peace. 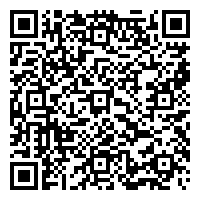