Perhaps it was one thing – a less alarming thing, if you will – for Tommy Robinson and Kevin Carroll to be arrested by the London police for walking into a Muslim neighborhood.  Melanie Phillips posted a well-documented criticism of the English Defence League, and of Robinson, in particular, after she was inundated with angry responses when she referred, in a previous post, to their association with thuggish actions and racism.

Robinson and Carroll, and their political group, the English Defence League (EDL), have connections to the racist British National Party (BNP), which was founded as a whites-only organization.  Even Brits who agree with much of the EDL and BNP agendas are at pains to point out that the BNP is an avowedly racist organization.  Calling it racist is not an exaggeration by the Left.  Indeed, the UK Independence Party, the libertarian party which has been making political gains against both Labour and Conservatives, is at equal pains to distance itself from the racism of the BNP.  The Google search-results slug for the UKIP website reads:


So there’s some there there, when it comes to concerns about white ethnic “exclusivism” and the BNP-connected members of the EDL.  Whether the London cops should have arrested Robinson and Carroll under the circumstances of Saturday, 29 June, is a separate question, however – and we should consider that question in light of two other recent events in the UK.

One is the British government’s decision to exclude Robert Spencer and Pamela Geller from the UK because of their “extremist” views on jihad and Islamism.  (Melanie Phillips decried this decision, incidentally.)  As our own T. Kevin Whiteman points out, Britain won’t let Spencer and Geller in, but did admit Saudi cleric Muhammed al-Arifi, who among other things has issued a fatwa authorizing Syrian rebels to rape Muslim as well as Christian women in Syria, and another one urging women from the Muslim world to go to Syria so they can support the rebels with sexual favors.  Extremism, it appears, at least in Britain, is in the eye of the politically indentured.

The other event is the remarkable story of an American student, Louis “Chip” Cantor, who was denied entry into the UK in May 2013, apparently for no reason other than the fact that he had Israeli visa stamps in his passport. (H/t: WZO)  The full story at the link is must-reading; the summary is that Cantor arrived at a London airport (the story doesn’t say which) about 10:00 PM, on a fully coordinated visit with all the necessary documents, and was being processed through customs when the agent looking at his passport came to the pages with Israeli visa stamps.  She left him without a word, and after a wait of 45 minutes, he was taken off to be detained with no explanation for nine hours, spending some of that time in an actual detention cell.

It was only after several hours that he was allowed a phone call.  His father, in Kansas City, advised him to call the U.S. embassy, but he was not permitted to do so by his jailers.  Eventually, he was informed that he was being denied entry and sent back to the United States.  He was walked onboard the plane by a British official, and his passport handed to the American Airlines flight crew, with instructions not to give it to him until the plane arrived in America.  Cantor was told that his passport information and fingerprints had been put in a database which would flag him for other officials if he tried to enter any EU nation in the future.

But wait; there’s more.  Young Chip’s point of contact in the UK was a man named Kevin Shilling, who had arranged a summer work program for him.  Cantor’s father called Shilling for help during the unfolding drama, and Shilling and Cantor père both spoke with a British official named Philip G. Yeomans.  According to Shilling:

Several times … Yeomans made anti-Semitic comments to Shilling. At one point, when Shilling was explaining the reason Chip was in the country, the customs agent told Shilling that Chip should have lied to the customs agent, adding, “A Jewish kid would find that easy,” Shilling reported.

Yeomans the custom agent also told Shilling any additional attempts to aid Cantor would be useless and “the little Jew will be on his way back to his rich daddy,” in a matter of hours.

While he was in the detention cell, Chip was also photographed, for an unexplained reason, by an unidentified woman in a burka, and was told by his jailers that if he wanted some water, he would have to “say please.”

I have no trouble believing that this was an unusual event.  But realistically, it could not have happened at all if Britain weren’t already pretty far gone.  This doesn’t happen in a polity in which there is genuine accountability for displays of antisemitism.  The employees of British government agencies did something they knew they would get away with.

And they probably will.  The three recent events in Britain – the arrest of Robinson and Carroll, the banning of Spencer and Geller, and the exclusion of a blameless college student who had Israeli visas in his passport – are an object lesson in a core truth.  You cannot go halfway down the path of inequality before the law.  You can’t enforce “order” in a biased and fearful manner and also protect liberality and tolerance.

When the dam of principle is breached by even the smallest crack, you will be lost in the deluge.  It is inevitable that if Robinson and Carroll can’t walk down a street in London without a riot ensuing, and if the authorities choose to restrain them and not the potential rioters, then anti-Semitism will be able rule the administration of government functions, without recourse for either the Jew, or the liberal-minded citizen who decries his treatment.

Principle is indivisible here.  In the first two instances, the British authorities made policy decisions based on the fear of a Muslim backlash.  In the third instance, a key element of Islamism – anti-Semitism – simply made the decision directly, having been privileged by the triangulating policies of fear.  There are non-Muslim anti-Semites in Britain, like Mr. Yeomans, but they would have no hope of affecting the administration of government functions without a boost from the special privileges being accorded to Islamism.  If Islamists can deny the city streets to Robinson and Carroll, and a combination of post-liberal leftists and Islamists can deny the country to Spencer and Geller, it is the shortest of steps to anti-Semites denying the country to a virtually anonymous American kid with no political history, whose only distinguishing features, for anti-Semitism’s purposes, are that he’s Jewish and has been to Israel.

The truth about tolerance is that, as unattractive as Robinson and Carroll may be in many ways, it is only in force when they can walk down any street they want to, and the police are ranged on the side of that freedom for them, rather than on the side of those who would deny it to them.  It’s only tolerance if the unattractive and politically repulsive have the full range of civil rights without being molested or shut down.

Melanie Phillips and I may be in accord, after all, when it comes to what’s repulsive, and most others may share our view.  It’s easy for us to agree to decry Robinson and Carroll for pulling stunts, which they undoubtedly do.

But what happens when Islamists find Jews repulsive?  What happens when they find anti-jihadists of any ethnicity or race repulsive?  Is it a stunt, if a British Jew wants to walk down the street in front of a mosque?  Islamists would call it one.  We don’t agree with their criteria, of course, but if we have already agreed to sell out our commitment to tolerance, we are at this point only haggling over the price.

We have to be so committed to tolerance that we keep the streets open to the people we and others find repulsive, even if it means using force against those others.  If we are not so committed, we will lose the concept of tolerance, as an enforced principle, with a rapidity that will terrify us.

The evidence is mounting that Britain is already in the ugly process of losing tolerance as an enforced principle.  The casualties of that loss will be the same ones they have always been in modern times: Jews, Christians, proponents of classical liberalism, other independent thinkers.  The foundational principles of liberty will be casualties as well.  The public environment cannot remain safe for anyone, if it is not safe for those we personally find distasteful.

Why I Confronted George Galloway 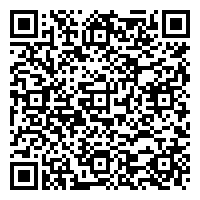