Commentary requested an internet supplement for this article and I chose the key passage on the Medieval Synthesis from my 1983 book, In the Path of God; Islam and Political Power. To read it, click here.

Islam currently represents a backward, aggressive, and violent force. Must it remain this way, or can it be reformed and become moderate, modern, and good-neighborly? Can Islamic authorities formulate an understanding of their religion that grants full rights to women and non-Muslims as well as freedom of conscience to Muslims, that accepts the basic principles of modern finance and jurisprudence, and that does not seek to impose Sharia law or establish a caliphate?

A growing body of analysts believe that no, the Muslim faith cannot do these things, that these features are inherent to Islam and immutably part of its makeup. Asked if she agrees with my formulation that “radical Islam is the problem, but moderate Islam is the solution,” the writer Ayaan Hirsi Ali replied, “He’s wrong. Sorry about that.” She and I stand in the same trench, fighting for the same goals and against the same opponents, but we disagree on this vital point.

My argument has two parts. First, the essentialist position of many analysts is wrong; and second, a reformed Islam can emerge.

To state that Islam can never change is to assert that the Koran and Hadith, which constitute the religion’s core, must always be understood in the same way. But to articulate this position is to reveal its error, for nothing human abides forever. Everything, including the reading of sacred texts, changes over time. Everything has a history. And everything has a future that will be unlike its past.

Only by failing to account for human nature and by ignoring more than a millennium of actual changes in the Koran’s interpretation can one claim that the Koran has been understood identically over time. Changes have applied in such matters as jihad, slavery, usury, the principle of “no compulsion in religion,” and the role of women. Moreover, the many important interpreters of Islam over the past 1,400 years—ash-Shafi’i, al-Ghazali, Ibn Taymiya, Rumi, Shah Waliullah, and Ruhollah Khomeini come to mind—disagreed deeply among themselves about the content of the message of Islam.

However central the Koran and Hadith may be, they are not the totality of the Muslim experience; the accumulated experience of Muslim peoples from Morocco to Indonesia and beyond matters no less. To dwell on Islam’s scriptures is akin to interpreting the United States solely through the lens of the Constitution; ignoring the country’s history would lead to a distorted understanding.

Put differently, medieval Muslim civilization excelled and today’s Muslims lag behind in nearly every index of achievement. But if things can get worse, they can also get better. Likewise, in my own career, I witnessed Islamism rise from minimal beginnings when I entered the field in 1969 to the great powers it enjoys today; if Islamism can thus grow, it can also decline.

Key to Islam’s role in public life is Sharia and the many untenable demands it makes on Muslims. Running a government with the minimal taxes permitted by Sharia has proved to be unsustainable; and how can one run a financial system without charging interest? A penal system that requires four men to view an adulterous act in flagrante delicto is impractical. Sharia’s prohibition on warfare against fellow Muslims is impossible for all to live up to; indeed, roughly three-quarters of all warfare waged by Muslims has been directed against other Muslims. Likewise, the insistence on perpetual jihad against non-Muslims demands too much.

To get around these and other unrealistic demands, premodern Muslims developed certain legal fig leaves that allowed for the relaxation of Islamic provisions without directly violating them. Jurists came up with hiyal (tricks) and other means by which the letter of the law could be fulfilled while negating its spirit. For example, various mechanisms were developed to live in harmony with non-Muslim states. There is also the double sale (bai al-inah) of an item, which permits the purchaser to pay a disguised form of interest. Wars against fellow Muslims were renamed jihad. 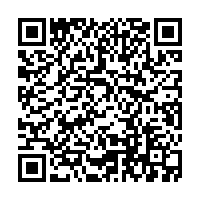