There is a particularly interesting aspect to the video that has recently surfaced, in which Iran’s new president, Hassan Rouhani, gloats over Iran’s success in coopting European negotiators to keep the Iranian nuclear program on track in the mid-2000s, in spite of pressure from the United States.

The video clip, from an Iranian news-program interview of Rouhani in Farsi, was published by Reza Khalili.  Ryan Mauro highlights it at the Clarion Project, tying it to a report from 31 July in which Mauro outlined Rouhani’s extensive history of using deception about the Iranian nuclear program back when he was the chief nuclear negotiator for Tehran.


The deception and Rouhani’s gloating are important (see especially his characterization of the top-cover he received from European negotiators); I will let readers visit the reports and soak in the information at your leisure.  What I want to focus on here is the timeline Rouhani refers to in the video.  If he is telling the truth – and there is no obvious reason why he would lie about the timing he refers to – the timeline he outlines for bringing Iranian centrifuge cascades online in substantial numbers makes a poignant contrast with the reporting of the International Atomic Energy Agency (IAEA) at the time.

The contrast highlights just how in the dark IAEA was during this period, at least about the centrifuges.  (It’s also worth highlighting, in general, the timeline of what was going on during the EU-brokered negotiations Rouhani refers to in the video.)  Certainly, many in the West had an uneasy suspicion that, by the end of 2005, Iran may have accomplished more than IAEA was officially aware of.  But, as late as February 2006, IAEA acknowledged the following decisive condition:

Due to the fact that no centrifuge related raw materials and components are under Agency seal, the Agency is unable effectively to monitor the R&D activities being carried out by Iran except at the [Pilot Fuel Enrichment Plant],* where containment and surveillance measures are being applied to the enrichment process.

The full timeline from the video develops as follows.  Rouhani summarizes it between the time hacks of 3:45 and 4:30.  His overall allusion is to the period from October 2003 to August 2005, when he was the chief negotiator for the Iranian nuclear program.

His initial discussion of the nuclear power plant at Bushehr contains no surprises; it is couched in the following terms:

These references are presumably to Russia’s completion of facility construction, which was noted at the time in Western reporting.

This is probably a reference to an agreement between Russia and Iran, concluded in February 2005, under which Moscow would supply the enriched-uranium fuel for the light-water reactor at Bushehr.  (See here as well for a summary from 2006 alluding to the 2005 agreement.)

So far, so good.  Next, Rouhani speaks of the heavy-water reactor, or the plutonium reactor at Arak.

– “Production” started at the heavy-water plant – Summer of 2004

Construction of the reactor was begun in June of 2004, but Rouhani here appears to be referring to the heavy-water production plant (HWPP), a particular component of the Arak reactor system, which reportedly began operation (i.e., the production of heavy water) in November 2004.

In this walk back through the Iranian nuclear program, it is worth recalling what the official line was about Arak at the time, in the big middle of the EU-3 talks with Iran:

Iran has started building a research reactor that could eventually produce enough plutonium for one bomb per year, ignoring calls to scrap the project, diplomats close to the United Nations said on Thursday. …

IAEA chief Mohamed ElBaradei said Iran had created a “confidence deficit” by concealing parts of its atomic program for nearly two decades and urged Tehran to improve its transparency and cooperation with U.N. inspectors. A concluding statement from this week’s IAEA governing board meeting said the 35 members unanimously said it was “essential that Iran provide full transparency and extend proactive cooperation to the agency.” … 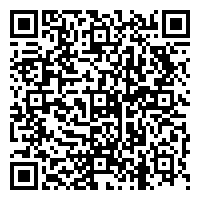