Here’s the interesting thing about the pre-Labor Day data dump from the FBI on the investigation of Hillary Clinton. What it reveals is just how much the FBI seems to have swallowed from her, without crying foul or pursuing her ridiculous responses further.


Our colleague, Jeff Dunetz, posted earlier today on the remarkable loss of memory Hillary apparently suffered about everything to do with handling classified material. He notes how she attributed her inability to recall things to her concussion suffered in December 2012 — but I would have to ask how that’s even a legitimate line of response, to questions posed in 2016 about official government procedures, in theory from 2009, that (a) were documented, or (b) should have been.

The right answer, if Hillary truly had no personal memory of the relevant events, would start with, “I checked with my records/people on that, and… [fill in the verifiable answer here].” Instead, we’re asked to believe that what Hillary couldn’t personally remember after December 2012 is all there is to recover. Or, at least, we’re asked to believe that the FBI accepted that bizarre response — instead of very properly suspecting that something really fishy was going on here.

Let me just say that it doesn’t work that way for anyone else.

Now it turns out that we’re supposed to believe a Hillary laptop was lost in the mail. Just lost.

A laptop containing a copy, or “archive,” of the emails on Hillary Clinton’s  private server was apparently lost—in the postal mail—according to an FBI report released Friday. Along with it, a thumb drive that also contained an archive of Clinton’s emails has been lost and is not in the FBI’s possession.

Does anyone out there know anyone who would simply stick a laptop in the mail, in a cavalier manner that would leave it susceptible to being “lost”? Maybe you think you know someone silly enough to do that — but it’s completely non-credible to suggest that such a person would get within a mile of a laptop loaded with an archive from Hillary Clinton’s private server.

James Woods expressed nicely the sensible person’s reaction to this disclosure from the FBI:

Right there with you, Mr. Woods. This story is way more hole than fabric. I appreciate the journalistic diligence with which Bloomberg and Daily Beast discuss the hazards of mailing multiple times a laptop stuffed with sensitive material. But they could have spared themselves the trouble. The real effort is trying to believe that the account recorded by the FBI is something that actually happened. Here it is, according to the Daily Beast (emphasis added):

A senior Clinton aide, Huma Abedin, told the FBI that the archive on the laptop and thumb drive were meant to be “a reference for the future production of a book,” according to the FBI report. Another aide, however, said that the archive was set up after the email account of a Clinton confidante and longtime adviser, Sidney Blumenthal, was compromised by a Romanian hacker. [In other words, this wasn’t done on a lark. Whichever reason predominated, it was important to Hillary and the staff. – J.E.]

Justin Cooper, who handled technology matters for the former president, provided Hillary Clinton aide Monica Hanley with an Apple MacBook laptop from the Clinton Foundation. Over the phone, Cooper “walked Hanley through the process of remotely transferring Clinton’s emails” from the server she’d been using as secretary of state, located in her home in New York, to the new “Archive Laptop,” as the FBI called it, as well as to the thumb drive.

“Hanley completed this task from her personal residence,” the FBI found.

The two copies of the Clinton email archive were supposed to be stored in Clinton’s homes, in New York and Washington, DC. But, Hanley later told the FBI, that never happened, because she “forgot to provide the Archive Laptop and the thumb drive to Clinton’s staff following the creation of the archive.”

According to the FBI, months later, in early 2014, Hanley found the “Archive Laptop” at her personal residence and worked with another person to transfer the emails to a technology company, Platte River Networks, which the Clintons had hired to manage the email system. (The name of the person helping Hanley is redacted in the FBI report, but appears to be an employee of Platte River Networks.)

After trying unsuccessfully to remotely transfer the emails to a Platte River server, Hanley shipped the laptop to the employee’s home in February 2014. …

After the employee deleted emails from the “Archive Laptop,” he shipped it by U.S. mail or UPS (he apparently couldn’t remember) to an unidentified Clinton aide at an office location. (The precise address is redacted.)

Uh-huh. After an extended process of creating the archive on the laptop, Ms. Hanley just sort of forgot, for months, to get the laptop to Hillary’s staff. And no one asked for it. After “finding it” again, she tried to transfer the archive to a new system remotely, and when that didn’t work, she dropped it in the mail.

If this were a bunch of ordinary people being questioned, the FBI would suspect from start to finish that it was being lied to.

Meanwhile, another nugget from the FBI files is that someone using privacy encryption software made an uninvited foray into a Clinton server in January 2013 — quite possibly an instance of hacking by a foreign government. We’ve known for a long time about the “Guccifer” hack of Sidney Blumenthal‘s email account, which revealed a lot about what Hillary was sending via private emails. But until the FBI revelations on 2 September, we hadn’t seen specific evidence of a direct intrusion onto a server Hillary routinely processed emails through. That’s potentially what this unidentified actor was doing, while hiding his or her traces with the encryption tool.

We can’t say for sure who it was. But that’s the point. If this were anyone else being investigated for the same things, the FBI would be all over that incident as a national-security event.

This is really fantastic stuff — as in, preposterous; outlandish; not to be believed. Something I have to wonder is why we’re even being told about it.

Knesset Ushers End of Fax Era in the Public Sector 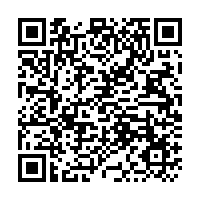