Suddenly, even Vladimir Putin looks more attractive.  He looks, at least, like he actually intends to fight radical Islamism – in some of its varieties anyway.  In theory, he has some pull with Iran.  He can exert a certain level of “check” on the Syria crisis.  His relatively well armed nation sits on the other side of Erdogan’s wild-card Turkey, which keeps bouncing from China to Iran to NATO and back again.  He’s not “Europe” – not really – but “Europe” acknowledges that he has to be given a place at the table.

Maybe he doesn’t look attractive, exactly; maybe the word is interesting.  Whatever it is, it’s showing up in real forms now, in regional nations’ decisions in the Eastern Mediterranean.  Last week came the flurry of reports that Putin would visit Egypt in November and announce a major arms sale, which will inevitably serve as something of a counter-smack to the U.S. decision to halt arms deliveries to Egypt a few weeks ago.

The newer news is from Monday, November 11, when Russia’s Slava-class missile cruiser Varyag pulled into Alexandria for the Russian navy’s first port visit in Egypt since 1992.  Pundits of varying quality have rushed to speculate that Moscow will soon have the use of Egyptian ports as bases in the region.  I doubt that; Egypt is too anxious to retain her stature and independence of action – properly so – and doesn’t “need” to accord Russia such privileges to keep useful ties going between the two of them.

In the current, comparative disarray of some Arab governments in the region, Egypt’s actually looks solid and moderate, and has the overt support of Saudi Arabia and Jordan, as well as the tacit support of Israel – all of which are well armed, well connected regional powers with common interests in a status quo.  The situation over which Al-Sisi presides is different from that of the Nasser regime in the 1950s and 1960s, when it was so eager for the great-power patronage of the erstwhile Soviet Union.

Russia, for her part, is unlikely to press this issue.  Between Syria, Greece, Cyprus, Montenegro, and Malta, the Russian navy has a lot of options now for making temporary landfalls for logistics.  Moscow wouldn’t necessarily even save money by concluding more literal “basing” agreements in the Mediterranean.

But I’m sure we can expect to see the Russian navy welcomed in Egyptian ports.  This makes a noteworthy, and regrettable, contrast with the U.S. Navy, which has been scarce in Egyptian ports in recent years – in spite of our two nations’ close relationship – largely because of the threat of terrorism.

Egypt, meanwhile, isn’t the only nation to roll out the welcome mat for the Russian navy in the past year.  In May, the Russian amphibious ship Azov arrived in Haifa for the first port visit ever by a Russian navy ship to Israel.  Russia and Israel have of course found some common ground in their opposition to radical Islamism, and the Netanyahu government has had a robust program of diplomatic outreach to Russia since it took over in the spring of 2009.  After Putin visited Jerusalem in June 2012 to pray for the rebuilding of the Temple, a naval port visit could hardly have been far behind.

Russian warships also visited Lebanon in March 2013, an exceedingly rare occurrence.  According to Russia’s defense ministry, the visit involved a frigate and two amphibious ships, and signified no intention on Moscow’s part to establish any permanent basing arrangement.

Cyprus hosted multiple visits by Russian warships in 2013, fueling the usual speculation that Moscow is negotiating for basing rights on the island.  (See here for more on Russia’s strategic approach to Cyprus.)  It has become routine in the last few years for Russian navy ships to visit ports in Greece and Malta.  Russian officials announced earlier this year that the navy’s newly constituted (or, in effect, reconstituted) Mediterranean squadron would use a port in Montenegro as well, referring to the port of Tivat (which for many years during the Cold War was a Yugoslav navy base, used as a Mediterranean base by the Soviet navy).  A September 2013 press release on the upcoming activities of amphibious landing ship Yamal indicated the ship would visit Greece and Montenegro this fall. 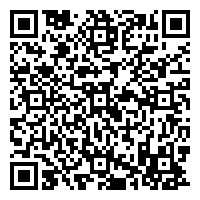