According to reports from the main Syrian opposition group, the Free Syria Army, the Israeli Air Force bombed a chemical weapons site in Syria, near Damascus, on Saturday, April 27.

The Israeli jets flew over Syrian President Basher Assad’s palace, as reported elsewhere, and then allegedly struck a chemical weapons compound nearby.

Although there were reports that Syrian defense forces fired at the IAF, the Israeli jets left Syrian airspace unharmed.

A second report emanating from Syria potentially supported the claims that Israel struck the chemical weapons site, although this report did not mention Israel’s purported role.

This report from Lebanon’s Daily Star discussed heavy fighting near the “Scientific Studies and Research Centre on the foothills of Qasioun Mountain in the northern Barzeh district,” which, according to American defense experts, is a way Syrians are likely to refer to the chemical weapons site.

A retired U.S. naval intelligence officer, J.E. Dyer, believes it is possible Israel engaged in the strike.  For one thing, as noted in the Daily Star report – Assad’s forces are engaged in an all-out effort to retake the area around the SSRC compound from the rebels. Given the fighting in the area, the danger increases that the chemical weapons inventory would fall into rebel hands, “including Islamist jihadists, including Hezbollah, Hamas and al Qaeda.”

But Dyer had several caveats.  First, she said, taking down the SSRC would be a big job, likely requiring sequential strikes. “There’s a lot of industrial square footage to thump; the IAF would want to put more than a couple of strike fighters over the target.”

And Dyer doesn’t imagine Israel would take the risk of entering Syrian airspace and fail to complete a specific job.  “Either you go in to take it out for the duration of the civil war, or you don’t hit it at all,” is how she put it.

Therefore it is possible the IAF attacked something else near the SSRC on Saturday. Perhaps there was a discrete reachable target that presented itself and Israel took the opportunity to reduce the dangerous materials so close to her own border.  This could have been an attack like the one in late January when Israel struck a truck convoy near Damascus which was moving sophisticated  Russian-made anti-aircraft missiles for Hezbollah in Lebanon. 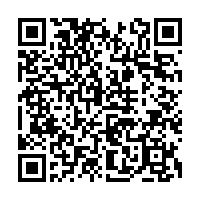