The news over the last few weeks of the sockpuppet scandal of Rabbi Michael Broyde is disturbing, but not for the reasons you might imagine. On the face of it, this is the story of a Rabbi regarded as brilliant and erudite, both in Jewish and secular law, who destroyed his career by using an alias to engage in online Rabbinical conferences and discussions. Furthermore, his denial of the alias sealed his fate. He was forced to resign from the Beth Din of America, where he was one of its most prominent judges, and his name has become sullied.

I do not know Rabbi Broyde and cannot recall if we ever formally met. But I do know this. The growing American and Jewish culture of “one-strike-and-your-out” is tragic and disturbing.

Say a Rabbi like Broyde makes a terrible mistake. He assumes an invented identity on the internet and even uses it – so it is alleged – to promote his candidacy as potential Chief Rabbi of the United Kingdom. Does that mean he has nothing left to contribute? That because we discover he can be deceitful that it negates any good thing he may have done? Does he really now have nothing more to teach us? And should this be the end of an otherwise distinguished career?

Whatever happened to the idea of repentance, predicated as it is on the larger idea that a man is not merely the sum total of his most recent actions. That there is something that lies beneath his mistakes, a plane of innocence, into which he can tap in and resume his course on the path of righteousness.

By all accounts Broyde was a pathfinder in areas of Jewish law. By all means, let him be censured and punished for his error. Rabbis must act with ethical excellence. Let us also encourage him to go for counseling so that he can heal from his mistakes. But then let us allow him, should his repentance be complete, to resume his communal offerings and be restored to a position of significance.

New York is right now speculating whether Anthony Weiner will run for Mayor. His poll numbers are growing stronger. That gives me hope. He had a sex scandal where he tweeted pictures of his crotch to women who were strangers. He then denied it and was caught. He paid a huge price, losing his congressional seat and faced public disgrace. I personally have never cared much for Weiner or his politics. I am a Republican and he is a partisan Democrat. But enough is enough. Stop punishing the man. He has suffered enough. Allow him to contribute, now, to the public good and stop reminding him always of his failures. I do not wish to live in a world where a man is only remembered only for his mistakes and never for his virtue.

I am a Jew and as such I am part of a religion that has no perfect Jesus figures. In Judaism no woman is divine and no man is the son of God. In the Hebrew Bible everyone is flawed and everyone makes mistakes. Moses, the greatest prophet that ever lived, was so imperfect that God denied him entry into the Holy Land, the only personal wish the lawgiver ever had. Yet we Jews do not remember him for his errors, but for the glorious deliverance he gave our people from Egypt and for the even more glorious Ten Commandments.

Three years ago I traveled with a Christian evangelical organization to Zimbabwe to distribute food and medicine. In Harare I met three young doctors who were volunteering. They spoke of the difficulties of treating AIDs patients in one of the poorest, most oppressive societies on earth. “But what about medicines?,” I asked them. “Do you have any antiretrovirals?” “Oh,” they said, “those we have in abundance, teeming from the shelves, thanks to the Clinton Global Initiative.” And yet some want to remember the former President just for Monica Lewinsky.

I for one never focused my ire on President Clinton for his sex scandal and saw it more as a sad and private matter. I was much more interested in his failure to stop the Rwandan Genocide and I am pleased to see that he is attempting to repent of that monumental failure with his focus on saving as many African lives as possible. 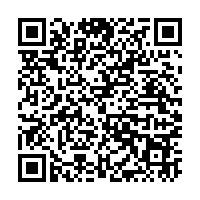